What does it mean to engage with "food politics"? This article seeks to investigate the implicit and explicit dimensions of food politics by exploring the various ways political goals are both articulated and submerged. Our focus is on foodie discourse, which we argue combines classical gourmet concerns with the progressive impulses of the 1960s and 1970s countercuisine. Within this discourse, explicit political commitments focus on progressive goals regarding the environment and animal welfare, giving less attention to other political dimensions - like labour rights and food security. While explicit political commitments are important, we argue that the implicit political implications of foodie culture are also important to explore. At this implicit level, the politics of social inequality remain largely unarticulated, despite the role that food choices and preferences have historically played in generating status distinctions, and despite the growing disparity between rich and poor in the United States. To make our argument, we draw on an analysis of American food journalism as well as in-depth interviews with foodies. 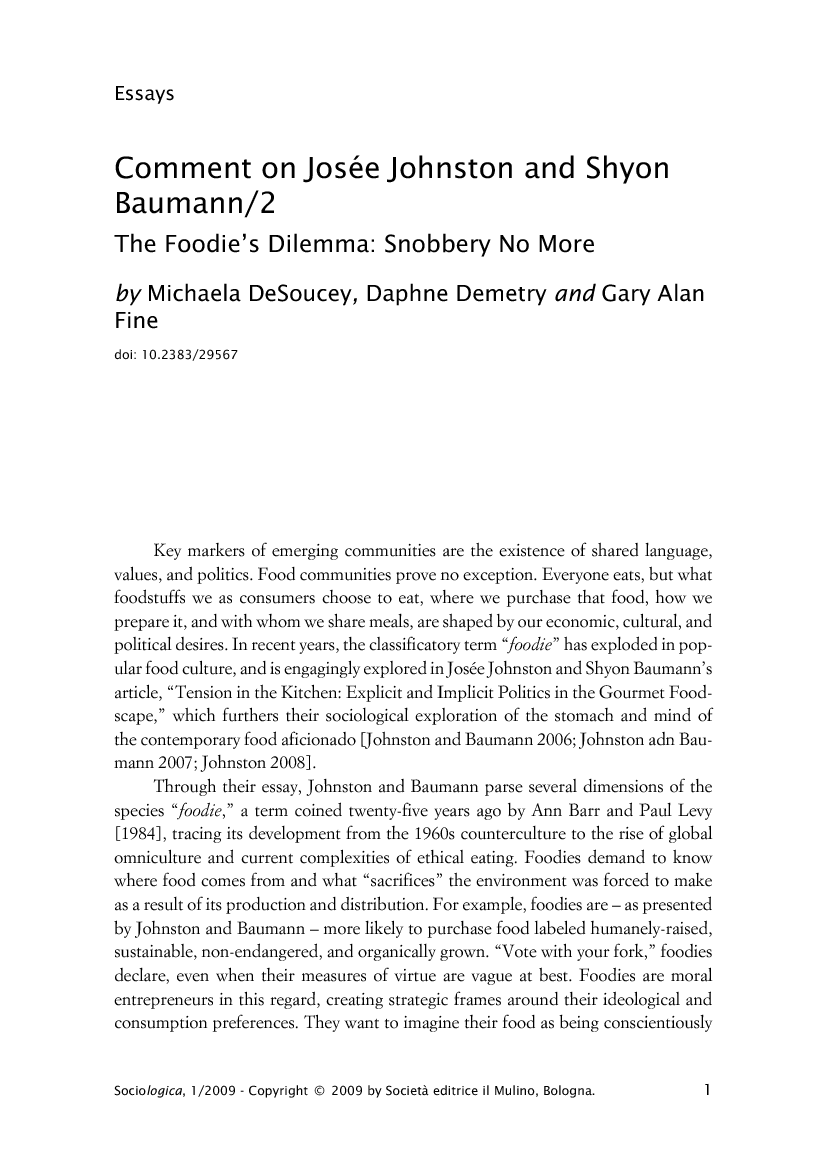