William Beveridge is usually considered the "father of the welfare state", thanks to the 1942 Report on Social Insurance and Allied Services he authored for the British Government. In this extraordinarily detailed and argued document, Beveridge draws the architecture of a complete welfare state based on a revolutionary approach: universalism. Every citizens receive coverage for a set of social risks, as a right based on contributions paid by everyone. Universal social insurance, universal health care and public commitment to full employment are the three pillars of the new welfare state proposed by Beveridge. In the first part, the paper discusses the intellectual environment and the historical contingencies that favoured the elaboration of the Report, and outlines the architecture of the new public approach to welfare. In the second part of the paper the impact of the Beveridge Report on post-war British welfare legislation is analysed. Finally some reflections on its value for current welfare reform are proposed. 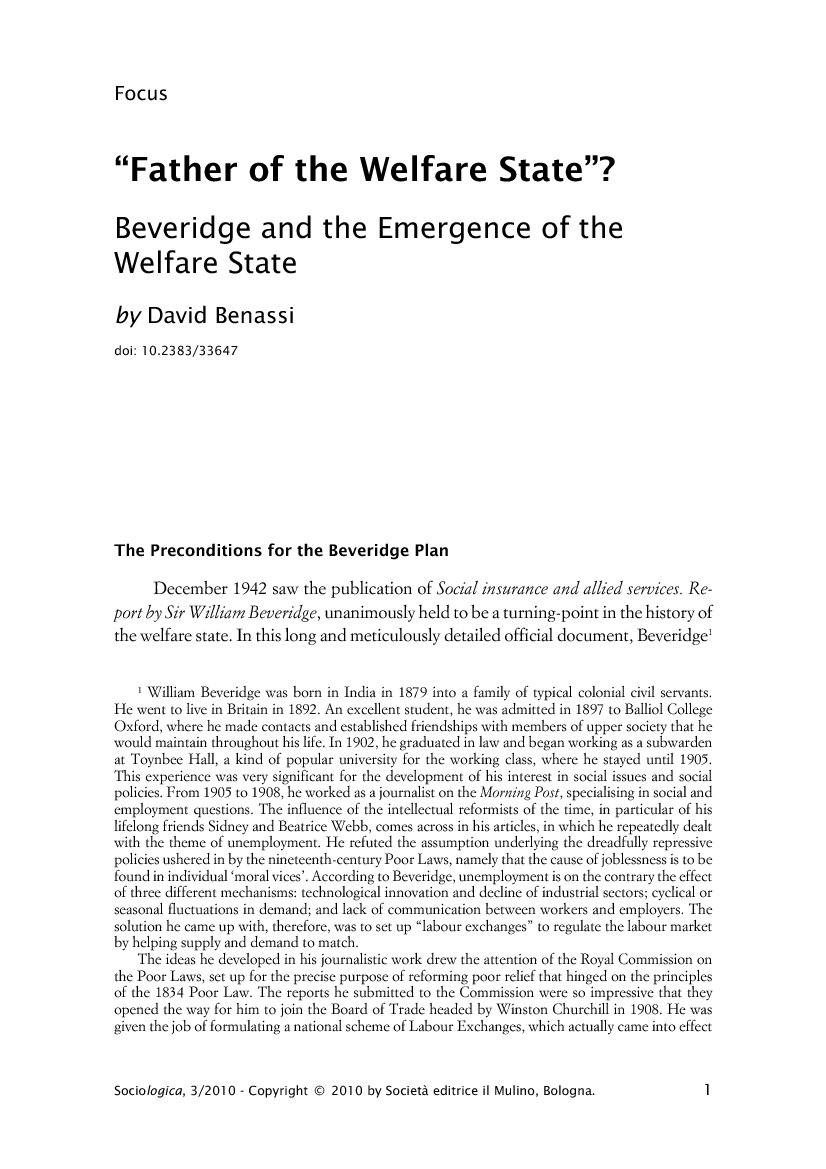