The issues raised by tensions between work and family life have been on the agenda in Western Europe and North America for several decades. Work-family tensions are not, however, confined to North America and Western Europe. The issue is also of growing importance in the Global South. Moreover, just as the European Union and the OECD have helped to draw the attention of European and North American states and publics to work-family issues, so, too, have international organisations helped to shape policy agendas in Latin America. This paper reflects on the advice tendered by the World Bank and examines recent policy developments in several Latin American countries whose welfare regimes bear marked similarities to those of Southern Europe. Particular attention is paid to changing childcare arrangements in countries that once relied primarily on families (i.e. mothers) for provision. 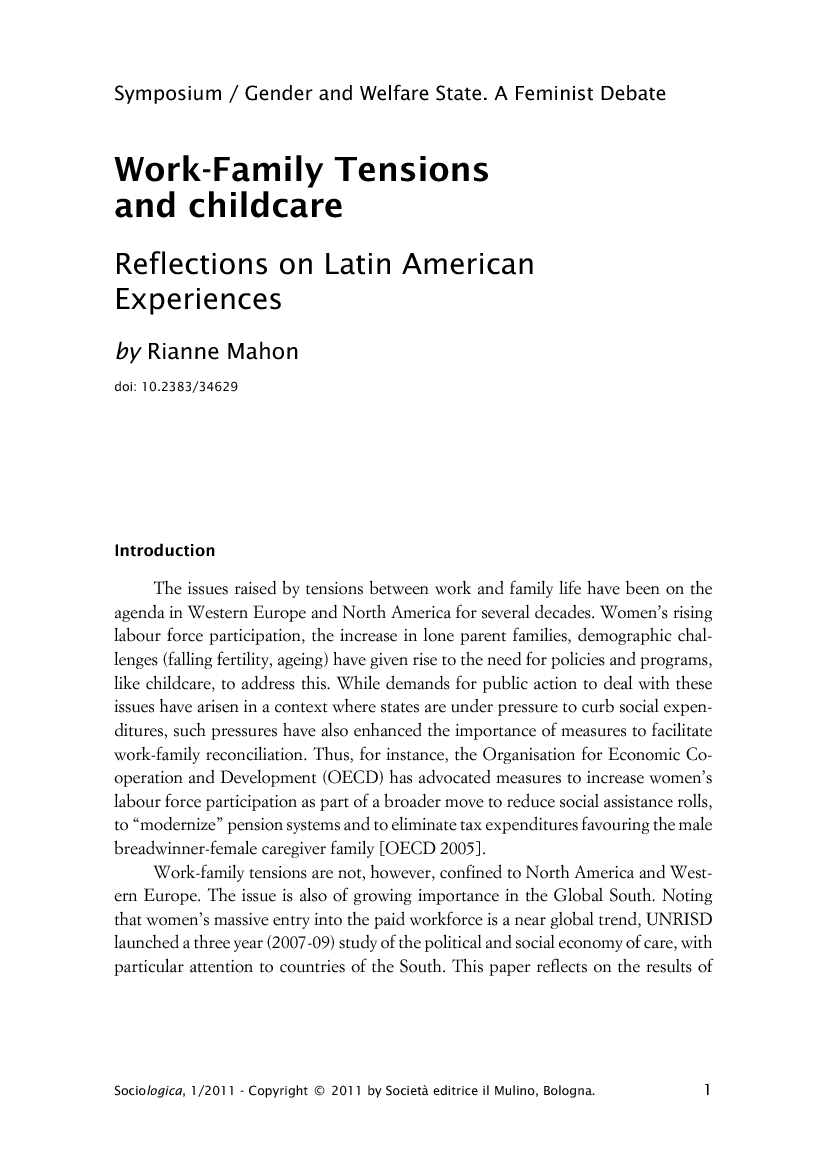