Since Max Weber, sociology has not been immune from orientalist bias concerning the normative irreducibility of Western modern achievements. This problem becomes more acute with regard to the role of media in the public sphere. The article first looks at Western perceptions of the protests in Iran that followed the contested presidential elections of 2009 and at the "Arab Spring" of 2011 (and particularly at the role of the blogosphere and of social networks as factors of mobilization) as a major test of the resilience of orientalist preconceptions. The author further argues how the focus on "new media" within collective action and revolutions, instead of helping break up orientalist bias, might have provided them a new ground, located right at the core of the sociology of media and communication, and resulting in trivializing the much more complex types of agency at work in the uprisings. The article concludes by showing how the studies collected in this symposium not only help us avoiding this neo-orientalist trap but go one step further in problematizing taken for granted, sociological notions of collective action, the public sphere and even "media." 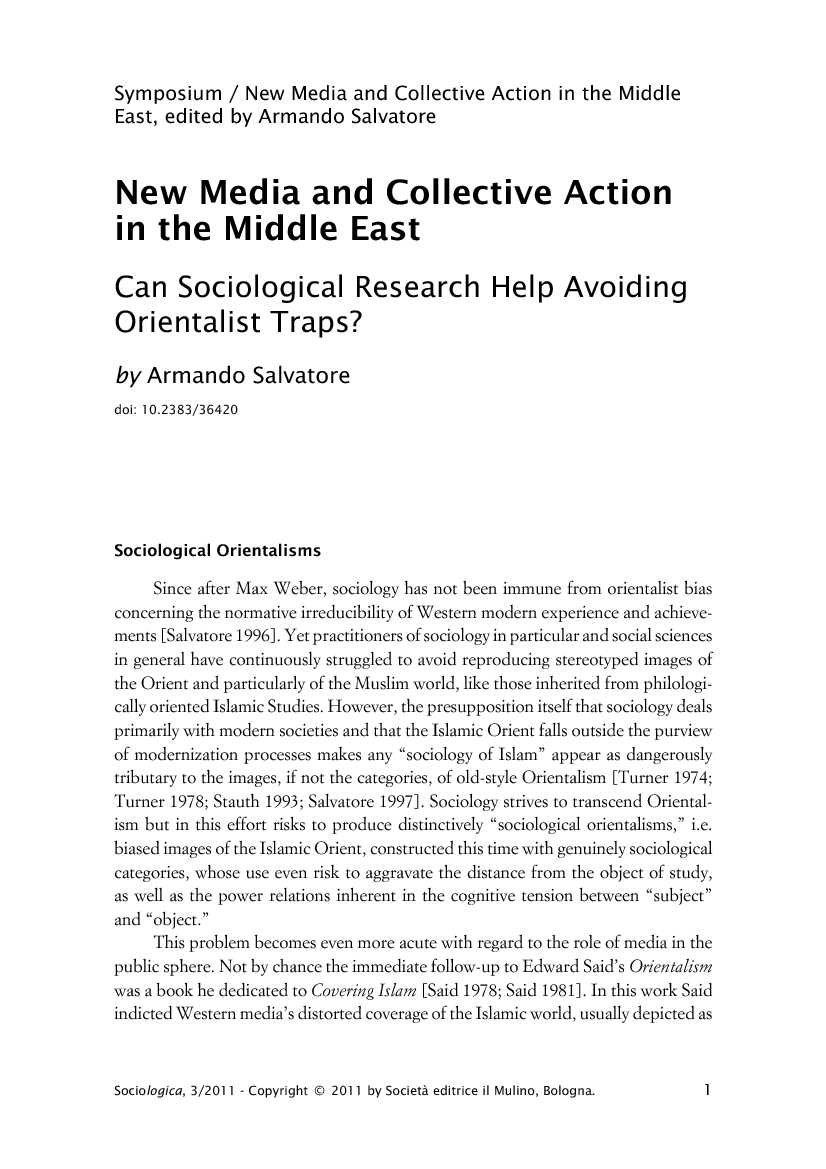