A period of relative opening in Egypt's media landscape, which started in the mid-2000s, witnessed an increase in new forms of political communication, especially through the new media technologies of the internet and mobile phones. In this context, notions of "citizen journalism" and cognates have gained prominence in Egyptian public life. This article focuses on young pro-democracy activists in Cairo and argues that citizen journalism has provided them a useful "tactic" in the wider politics of knowledge and mobilization during those years. It shows that, though being initially a global label appropriated by young bloggers, "citizen journalism" has functioned as a travelling concept that carries ambiguous notions of the self and its agentic capacities. 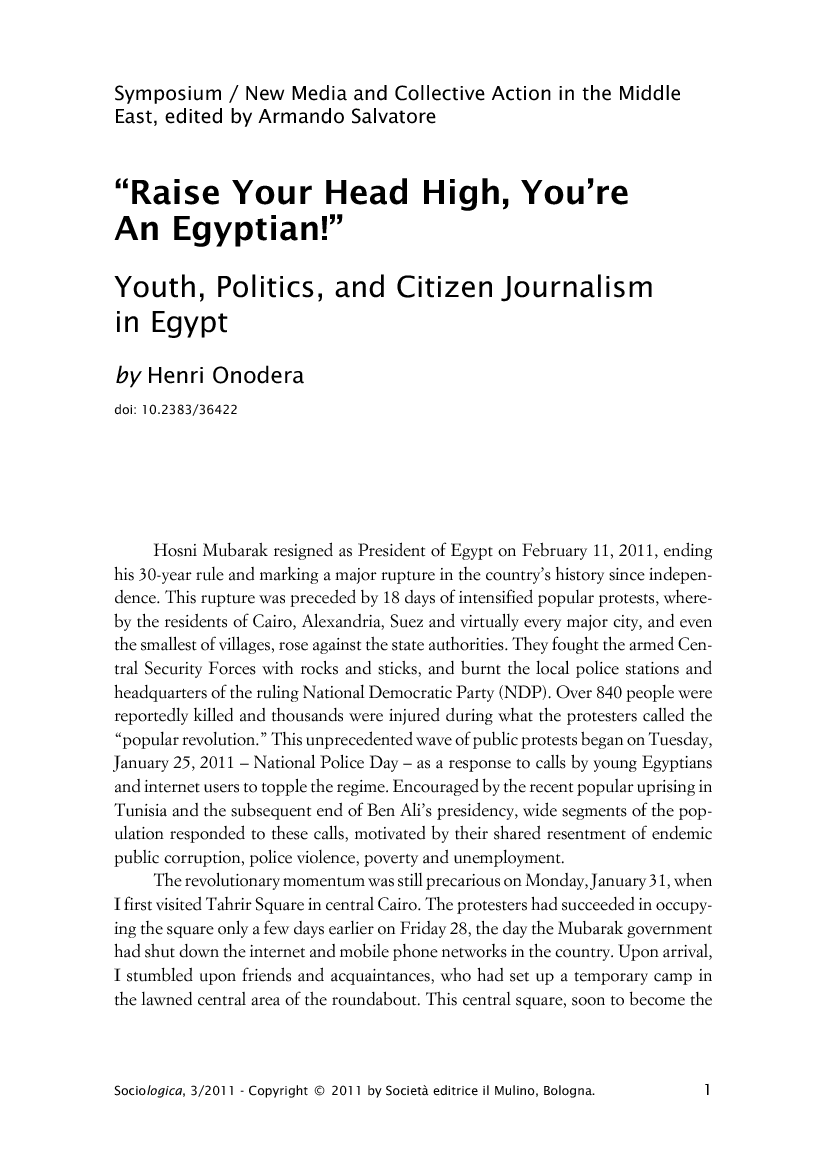