This study explores different modes of political communication and interaction in new social networking sites, particularly Facebook. With a focus on postelection Iran, it uses Mikhail Bakhtin's notion of the carnivalesque as a way to understand the emergence of a new dissident politics of cyber-activism. For the oppositional Iranian Green Movement, Facebook has provided a communication forum where discourses and symbols of protest allow for the production of new forms of social dialogue within communicative spaces and achieve a distinct virtual reality geared to subversion of state officialdom. In this light, the author concludes, Facebook in Iran represents an emerging frame of reference for a new kind of activism that seeks to redefine both the everyday spaces and the official cultures of sociability, and, by extension, to connect with a broader spectrum of social and global forces unsettling received forms of public speech. 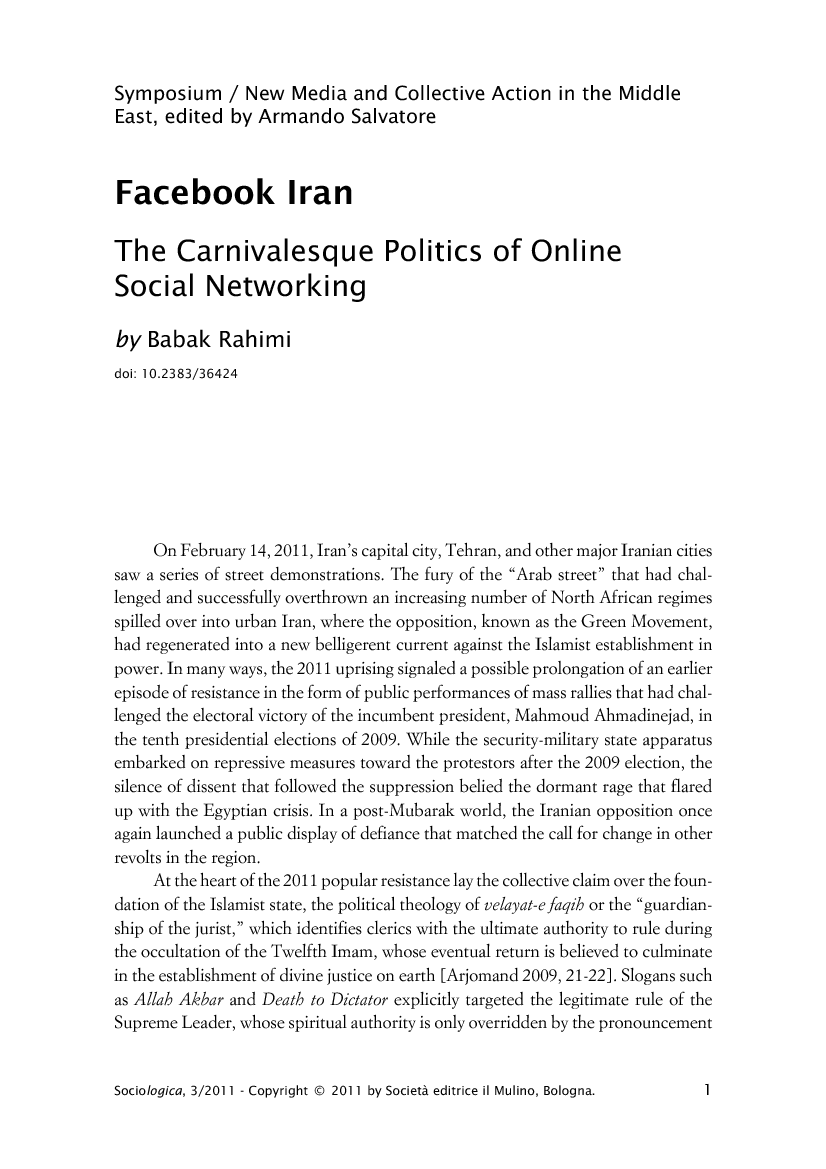