For a long time ethanol and biodiesel made from corn, rapeseed, and sugar beets have been regarded a win-win solution to a series of intractable issues about oil dependency, greenhouse gas emission reductions and revitalization of rural areas. Both the European Union and the United States started ambitious programs to incentivize the production and consumption of biofuels, supporting crop productions with subsidies and tax exemptions and setting standards for blending them with conventional fuels. Recently however, a growing number of experts and activists have channelled doubts about the sustainability of the technology and claims to revise current policies. The advantages and disadvantages of biofuels have been widely discussed both in EU and US policy processes, leading to different policy decisions. While the EU progressively reduced the initial targets for biofuel production and introduced a series of sustainability criteria to regulate production, the US confirmed and increased over time its initial policy goals. The article aims at explaining such differences in policy by comparing the evolution of the biofuel debates in EU and US. The paper is based on an extensive analysis of public hearings held by the European Commission and the US Congress and argues that differences in policy outputs can be explained making reference to differences in criteria for dealing with uncertain and contrasting evidence on the economic and ecologic sustainability of this specific technology. 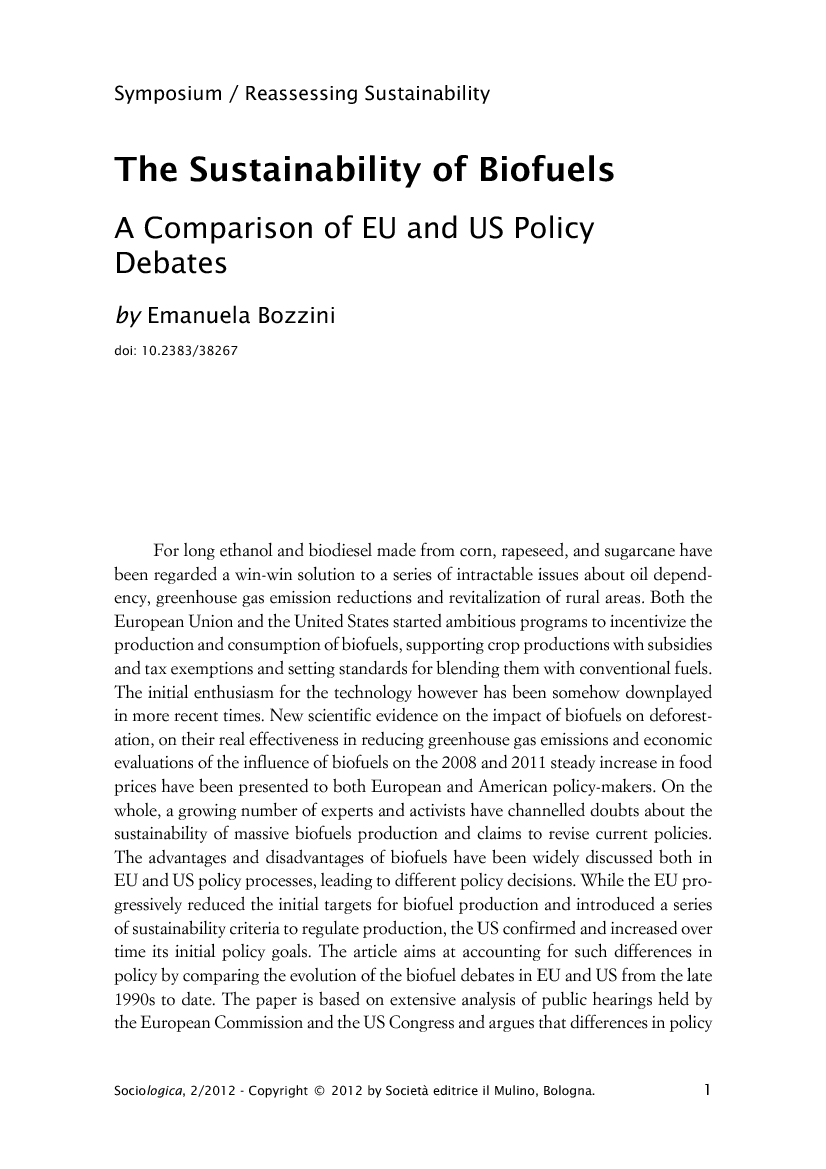