This article contributes to the critical review of the sociological debate on sustainability by focusing on the contested relationship between Ecological Modernization (EM) and Sustainable Development (SD). In order to do so the article is organized in two main sections. In the first section the key literature arguing against the conflation of EM and SD is analyzed and crucial differences between the two theoretical paradigms and policy discourses are highlighted. In the second part, the argument for the distinction between EM and SD is tested against the literature investigating the social implications of the green energy transition at the local level. In particular, two emerging research streams are considered, namely research on the local effects of the Clean Development Mechanism (CDM) in developing countries and research on social acceptance of renewable energy facilities by local communities in industrialized countries. With regard to this literature major sources of tension between EM and SD are highlighted, especially concerning justice, public participation and risk management. Accordingly, the article argues that in the emerging "energy and society" research field the conflation between EM and SD is counterproductive for both analytical and policy reasons. 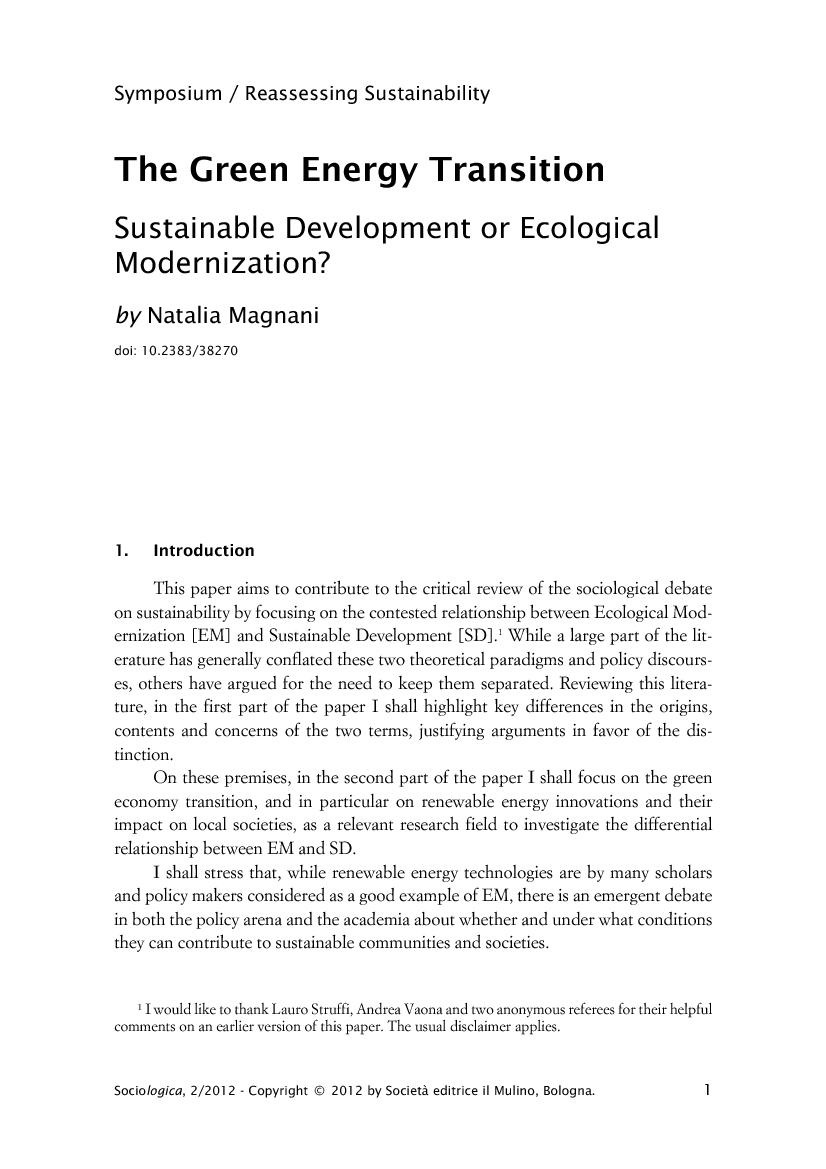