Can observers observe the economy from outside? Recent developments in economic sociology tend to blur the classic distinction and combination of economy and society and to move to a condition in which the observer (each observer) is inside the society he describes. The behavior of financial actors can be analyzed combining two concepts with a long tradition and many implications: beauty contest and moral hazard - and can then be translated into the terms and the tradition of observation theory. Keynes' beauty contest can be interpreted as a systematic recognition of second-order observation: financial operators observe primarily other observers and what they observe. This observation produces particular circularities - first of all the insoluble problem of moral hazard, which reproduces in the field of finance Merton's famous model of self-defeating/self-fulfilling prophecies. If finance is second-order observation, however, its movements cannot be explained by reference to the world, but rather to observation and its structures: the reality reference of finance is increasingly provided by ratings, which offer information not on how the world is, but on what the others observe. The spread of ratings in recent decades and the doubts about their reliability are related in the article to the generalized move of modern society to second-order observation, that produces specific problems and specific puzzles, but also structures and constraints. 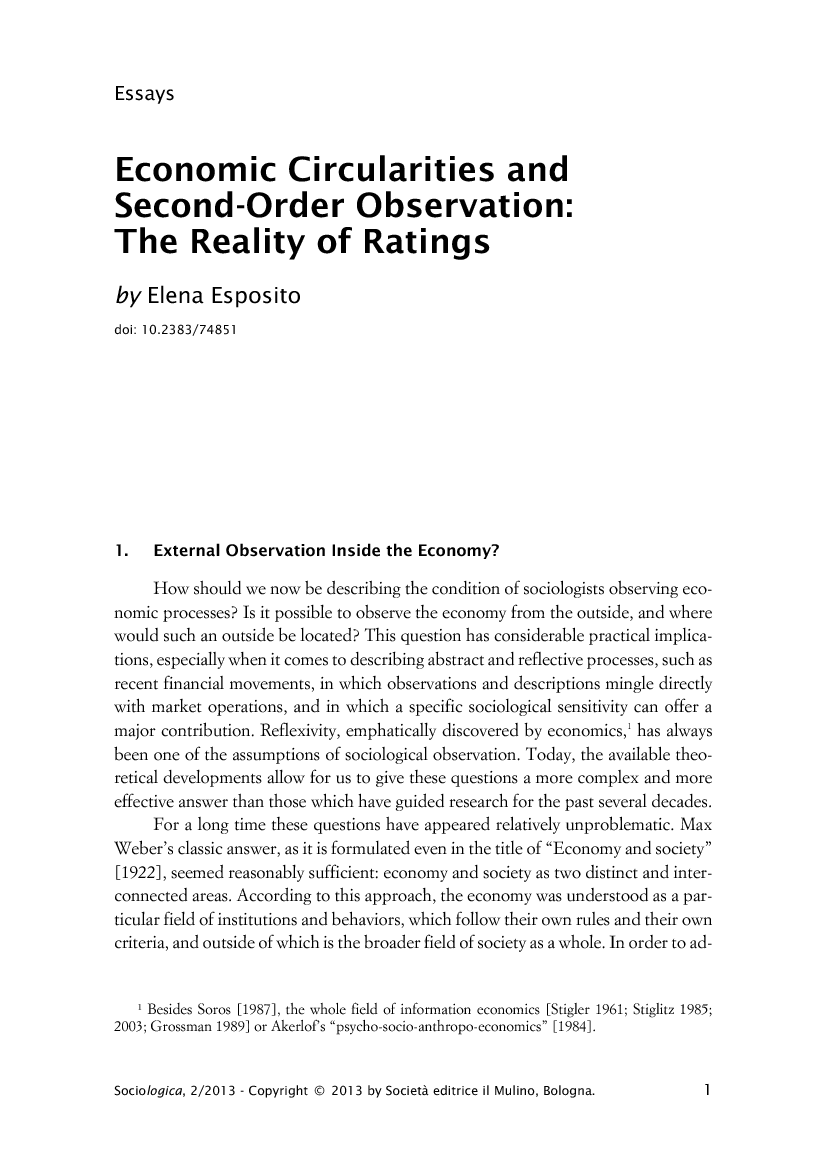