In memory of Robert N. Bellah (d. 2013), this essay outlines his key intellectual contributions and recalls his interpersonal style in interaction with students and colleagues. Three key contributions are highlighted: the analysis of American culture of individualism; the theoretical framework of symbolic realism; and the role of religion in human evolution. Bellah's contributions to human thought and democratic life helping a wide audience of scholars, institutional leaders, and democratic citizens come to terms with their roles; a proposal for integrating faith and social science within an ethic of critical inquiry, and identifying the deep roots of religion qua symbolic thinking, groupness, ritual, and ultimate meaning. 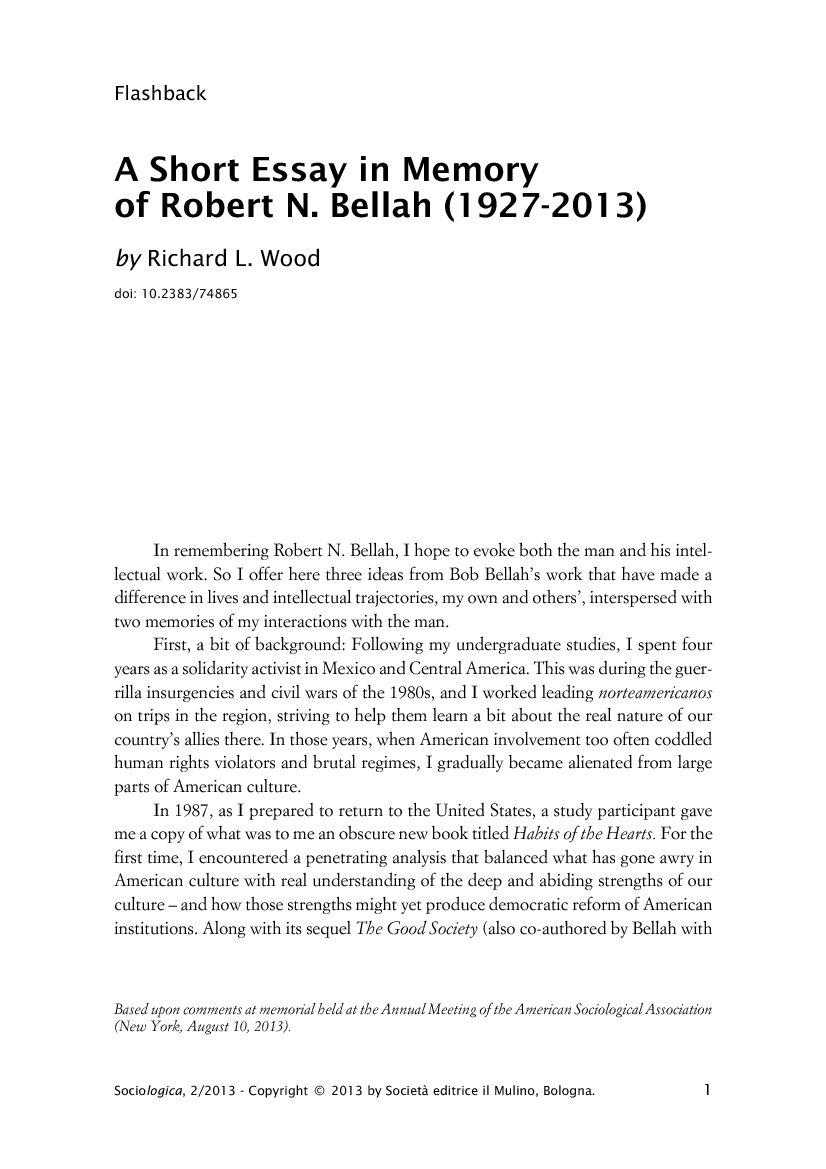