In Sweden, ethnic residential segregation has been a problem associated traditionally with the largest metropolitan areas of the country. In recent years, however, growing attention has been paid to the areas of immigrant concentration located outside the largest metropolitan areas. Landskrona is one of the most renowned Swedish municipalities, among those located outside the largest metropolitan areas, in which the recent growth of the immigrant population has led to high levels of ethnic residential segregation and, therefore, to the appearance of what Swedish policymakers define as "areas of outsiderness." Whereas Swedish debates on ethnic residential segregation are dominated by attention to the social and ethnic composition of segregated neighbourhoods, this article focuses on how immigrant settlement patterns in Landskrona have been influenced primarily by immigration policy developments over time as well as by the downscaling of this city within the Swedish urban hierarchy. In recent decades, Landskrona has in fact gone from being an economically buoyant and socially balanced industrial city into a declining and polarized city which is struggling to find a new post-industrial identity. The growth of the immigrant population in Landskrona also has been encouraged by the general unravelling of the Swedish welfare state, which has been associated with an increase in regional imbalances in economic development as well as in housing availability and affordability. 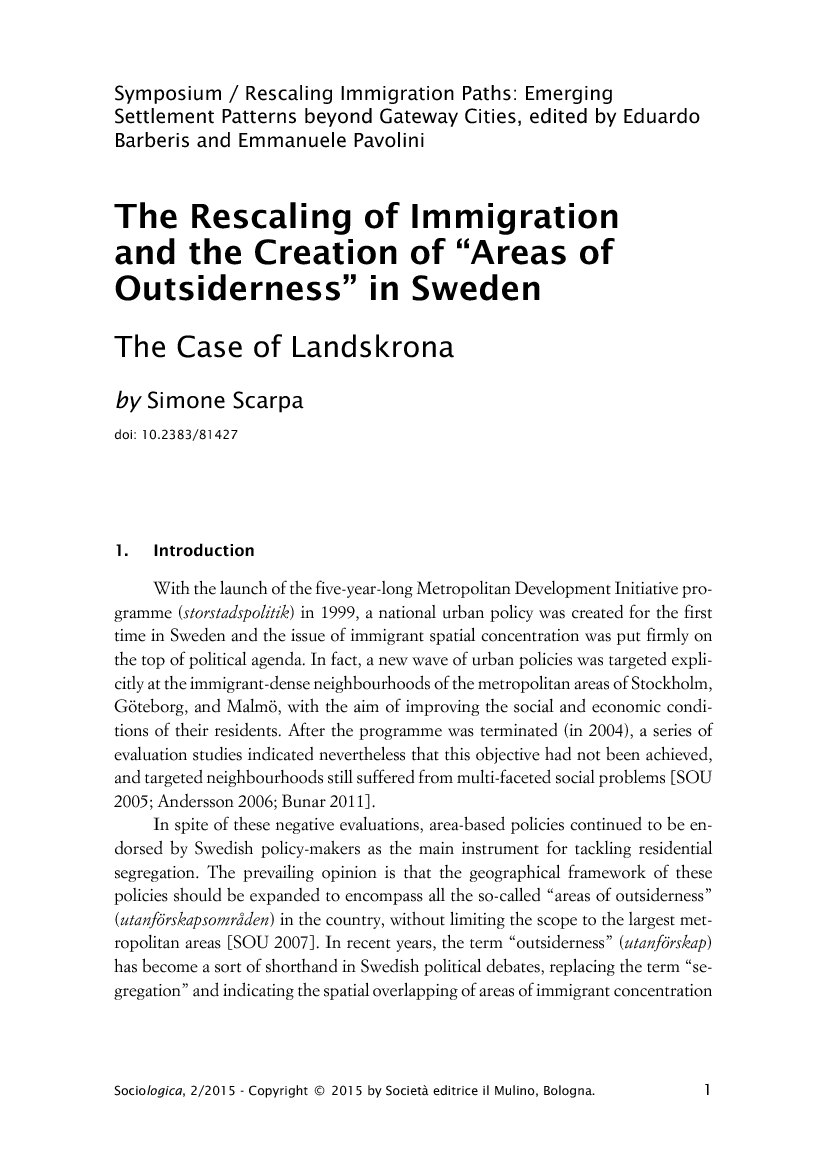