In this paper, we attempt to show how French economist Thomas Piketty gained international visibility as an intellectual through the worldwide success of "Capital in the Twenty-First Century" [2013]. By looking at Piketty's prior position (in the French intellectual field, in the economic discipline) and at "Capital in the Twenty-First Century American" reception [2014], we demonstrate that the writing and the English translation of the book were highly dependant on the resources Piketty was able to invest in its making (prominent position as an intellectual in France, peer recognition among economists with strong ties to the US academic field). We then show that the success of the book in the US is to be understood in the specific context of its political and intellectual reception, as Thomas Piketty, alongside another French economist, Emmanuel Saez, were cited in the "White House Reports" and caught the attention of the press for their work on income inequalities several years before the release of "Capital in the Twenty-First Century". Eventually, we demonstrate that the US function as an echo chamber, which amplified the reception of the book as well as the visibility of its author. Therefore, Thomas Piketty's becoming an international intellectual illustrates the growing domination of economists as well as the US in the production of ideas and representations of the social world. 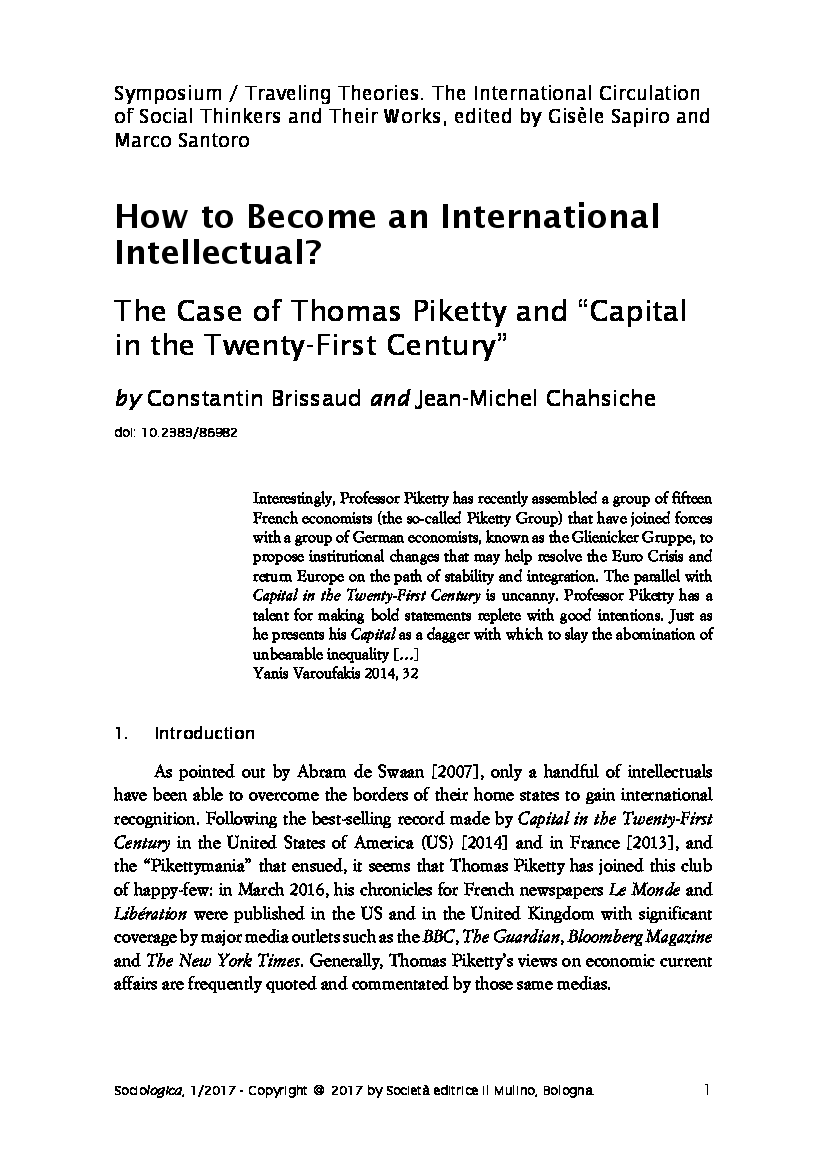