The British Empire adopted an array of contradictory policies towards Muslim subjects scattered throughout the world. As it managed its post-World War I goal of dominating the former Ottoman territories, London-based policies considered varying policies. Since the British Empire managed its affairs with different Muslim subjects through different administrations based in Cairo, Bombay, and occupied Istanbul after 1918, such policies clashed, reflecting the distinctive issues facing administrators of these unique regions. This article makes the observation that there proved to be a range of policies adopted by competing entities of «His Majesty’s Government» (HMG) toward the Caliphate, requiring a rethinking of British imperialism vis-à-vis the Muslim world. Seeking to use the Caliphate from 1912 to 1924 for different objectives, the following reads these policies within the larger context of an empire facing disparate and contradictory challenges from different Muslims demands. In the process, this chapter asks why local events regularly upset such schemes that sought to mobilize the Caliphate, questions answered by returning focus to a multiplicity of factors contributing to the modern world’s (dis)order 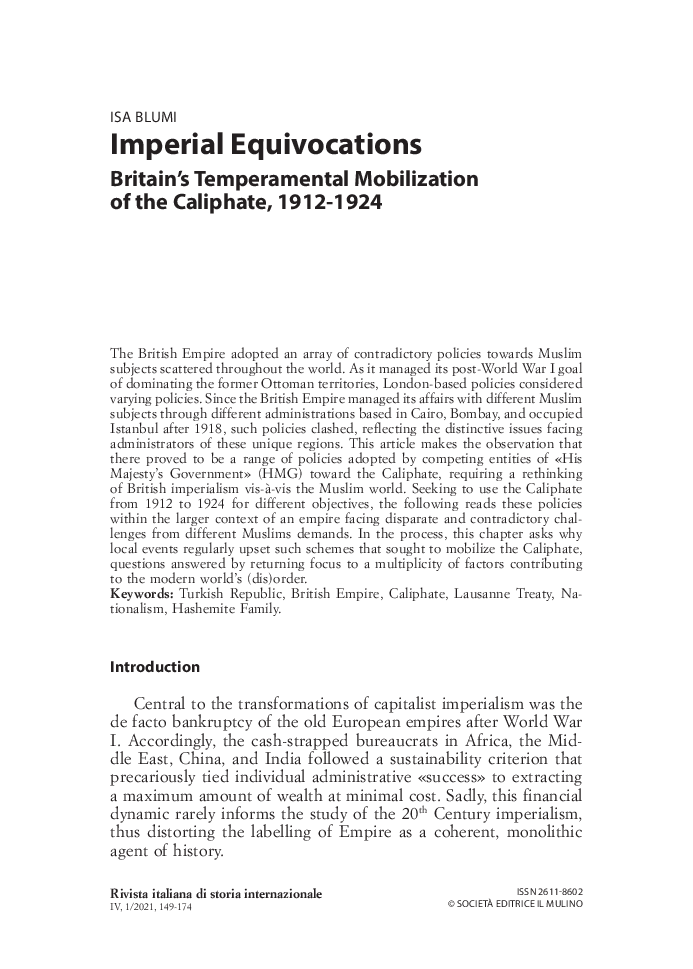