Theodore Roosevelt changed American foreign policy in a meaningful way, impressing a turn comparable to the influence Wilson had at the international level. With his masculine and imperial posture, he progressively transformed the role of the United States in international relations using a realistic and pragmatic approach. In this general redefinition of the country’s action overseas, he included Italy, a reliable minor partner that could prove strategic in the international projection of his administration. For this reason, he kept ambassador George Von Lengerke Meyer in Rome, transforming him in an attentive and acute observer of the diplomatic game on the European continent and in the Mediterranean. Meyer lived up to the president’s expectations and started a new course in the relations between the United States and Italy. The Italian case is an excellent lens to read the choices made by Roosevelt in international relations. 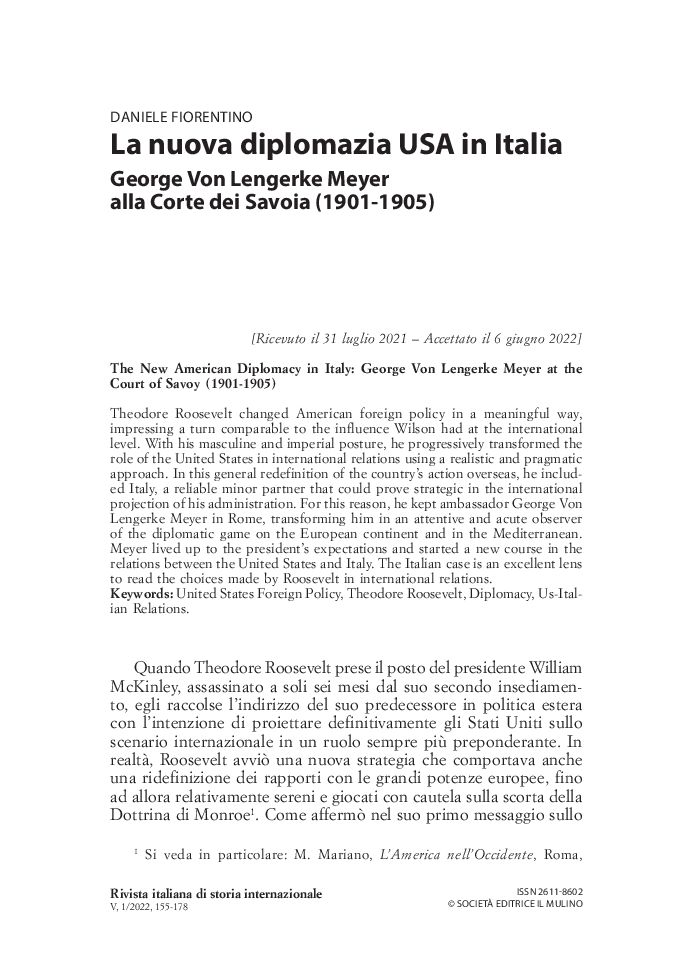