This paper outlines the relationship between the PRC’s foreign policy in the Maoist and post-Maoist era, Chinese national identity and the legacy of the recent past as it has been elaborated in Chinese historiography, with special reference to the colonial experience and the traditional relations of the Chinese empire in the region. As historical narratives are strictly connected to the building of national identity and world outlook, this paper argues that changes in foreign policy have been matched by, if not directly reflected, shifts in the analysis and interpretation of Chinese modern history in the last two centuries. 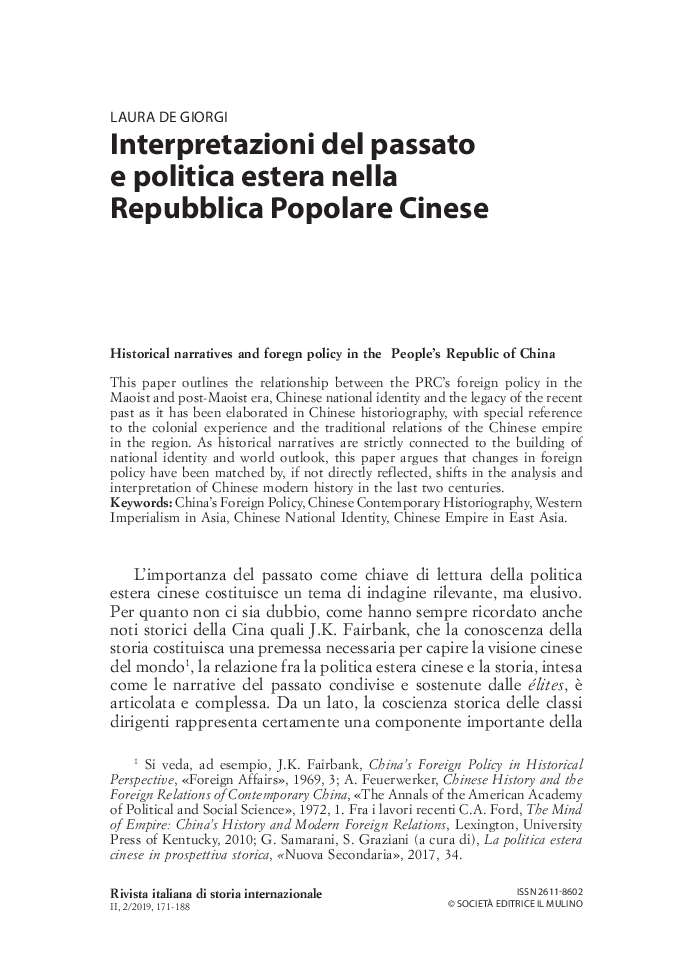