In this paper, I focus on the 1980s and analyse East-South economic and financial relations seen from East German and Council of Mutual Economic Assistance (CMEA) documents originating from that decade. I show that far from being a generous pro-bono endeavour, development cooperation was an integral part of the economies of the European CMEA countries. These countries occupied an intermediary position in the world economy of the 1970s/1980s by providing relatively sophisticated technology to the periphery on generous terms. The position of the European CMEA countries came increasingly under pressure from two sides in the 1980s: first, they found it increasingly difficult to maintain an edge on the technological ladder and to serve as intermediaries between West and South; second, the debt crisis of the 1980s hit them harder than the periphery of the world economy. By the end of the 1980s, most communist regimes in Eastern Europe saw regime change, while most of their formerly close economic partners in the periphery of the Global South politically survived. By looking at economic and financial relations in the 1980s and by utilising Wallerstein’s World-Systems Analysis, I investigate the reasons why this was the case 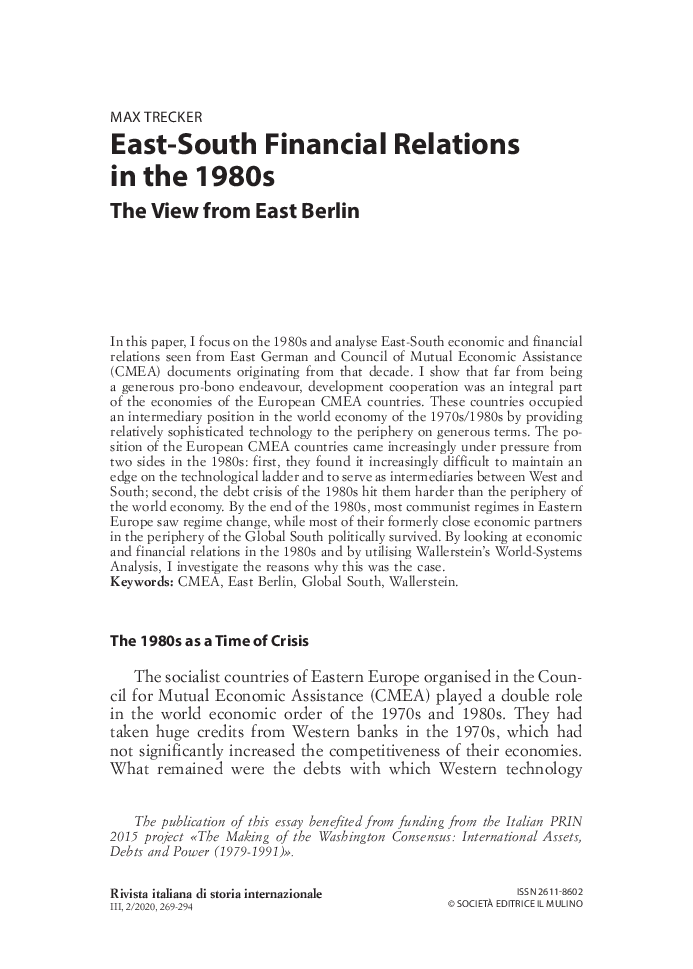