This article reviews the pages of Euromoney magazine to analyse how changes in the global financial architecture during the early 1980s contributed to the rise of neoliberalism in the late 20 th century. The shift in sovereign debt issuance on the Euromarkets from syndicated bank loans to bonds in the early 1980s upended the cornerstones of the market that had prevailed in the 1970s: illiquid loans that were kept on banks’ balance sheets; indiscriminate lending to countries with heterodox ideological leanings and questionable socio-economic standing; and lending decisions based on personal relationships. In its place, the Eurobond market offered a much larger, liquid, impersonal, unequal, and coercive financial reality, one that remains largely in place to this day. 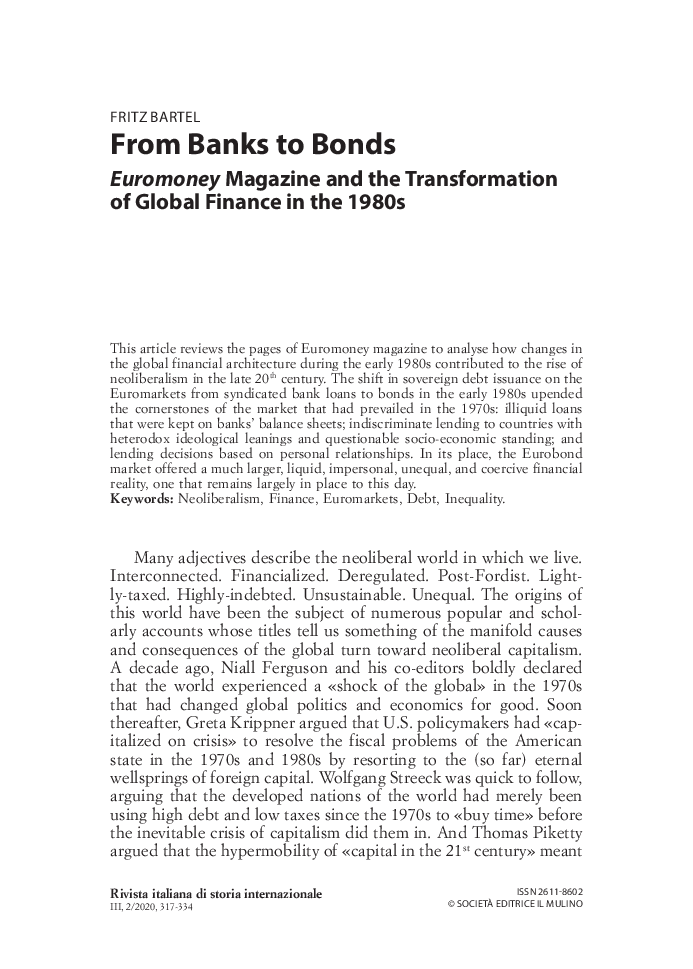