The contribution offers a systematic analysis of the evidence of voluntary reclusion in municipal statutes from Central and Northern Italy. These are familiar sources for historians of Italy, the symbol of the ius proprium civitatis, but have never been treated as a single corpus in order to understand the normative response to voluntary reclusion. From an initial sample from sixty-four municipalities, from Piemonte and Trentino to Sardegna and Sicily, nineteen have been identified with extant statutes that refer to recluses. The paper enumerates the ways in which recluses and voluntary reclusion appear in these records: as the recipients of alms, as a category in need of particular protection and as either named individuals or specific cells. It also demonstrates that legislators sometimes expected a cell to be occupied over successive generations, a fixture in urban religious life. It documents the active role of everyday recluses in some towns, undertaking functions such as burying the dead or maintaining a section of road. The overall impression is of a powerful presence in the urban landscape. 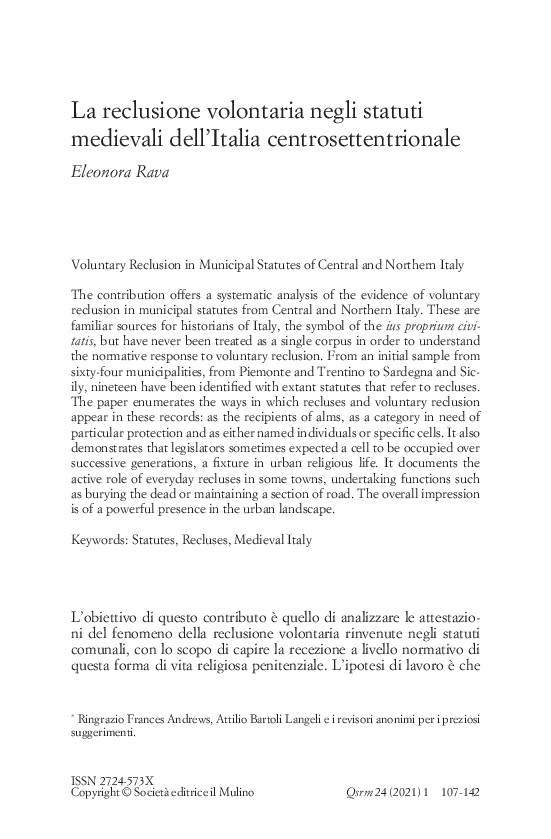