Pisa was affected by papal interdicts for much of the 13th century. In 1241, the participation of the Pisan fleet in the boarding of the ships that were taking the French prelates to Rome caused not only a new interdict, but the complete breakdown of relations between Pisa and the Apostolic See. The reconciliation took place only in 1257. It could have been the beginning of a lasting alliance, but in 1261 Pisa formed the Ghibelline League of Tuscany, indirectly allied with the excommunicated Manfredi of Sicily, and in 1267- 1268 enthusiastically supported the descent into Italy of Conradin of Swabia, opposed by Clement IV and Charles of Anjou. The peace laboriously concluded with Gregory X in 1273 might have marked a new turning point in relations between Pisa, the Apostolic See and Sardinia, but that great pope died too soon. Besides the political aspects, the paper also deals with the impact of papal interdicts on the religion of lay people in Pisa, especially on the basis of the sermons of Archbishop Federico Visconti (1253-1277). 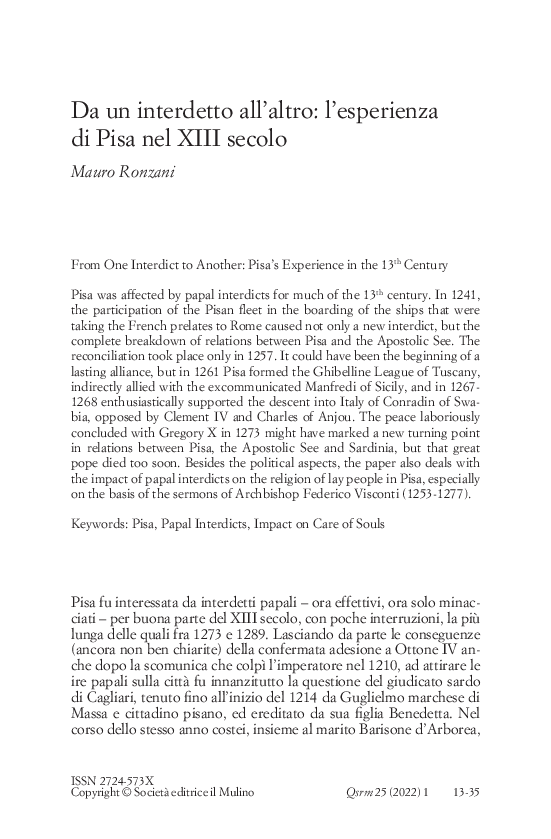