The bishop and lord of Arezzo, Guido Tarlati, was excommunicated by Pope John XXII in 1324-1325, and the city, which followed him, was interdicted, while the new bishop, Boso Ubertini, lived in exile. The interdict continued under the new lord, Pier Saccone Tarlati, and ended in 1343, when Bishop Ubertini returned to the city under the Guelphs. The pope pursued a double strategy: first, he took a very strong stand against Bishop Guido, using trial, interdict and excommunication as political weapons and exploiting the rivalry between families and cities; on the other hand, he was merciful and ready to forgive repentant citizens. Tarlati kept the city united, but under Pier Saccone the clergy was divided between those who obeyed the pope and those who respected the lords. Both factions used language ideologically, manipulating it to achieve their own political goals 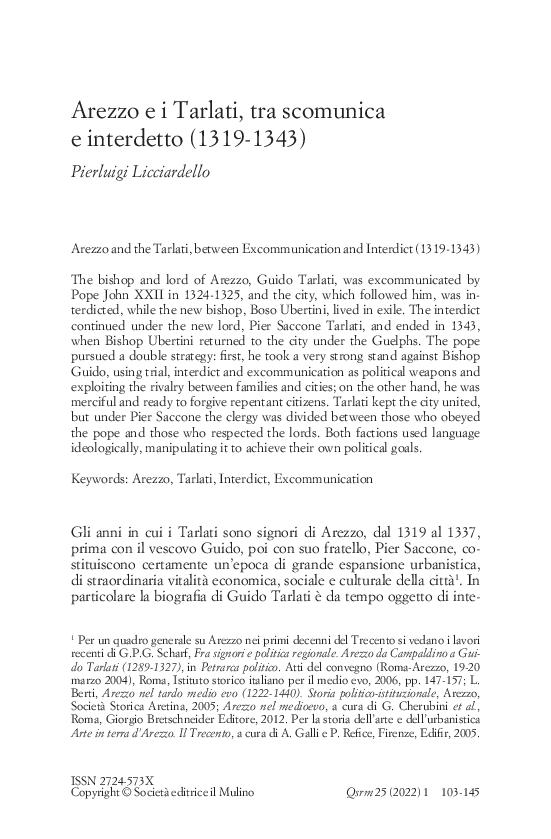