This paper analyzes how the scholarly Italian literature on the early Middle Ages produced over the last forty years focuses on culture, political languages and Christian society. The analysis highlights the marginal role of such research within Italian medieval studies and the need to sustain the study of ecclesiology, theological controversies and biblical exegesis, as is the case in other European countries (where some of these research fields have already been examined and abandoned while others are only now beginning to emerge). The Carolingian society perceived itself as Ecclesia, namely as a society guided by Christian values, in which the sacraments marked the main stages in life, and the social roles of kings, counts and fathers of families were understood and moulded as religious duties. A wide range of fields were dominated by the reference to Christian principles: political and economic languages, besides processes of the construction of historical memory, of ethnic and political identities and of space (often perceived as being defined by sacred places). However, at the same time, from the ninth century, the concept of ecclesia was increasingly used to designate not only the Christian community but mainly the sacred building where the faithful gathered. The "Middle Ages of the Cathedrals" was born, while an ecclesiastical territoriality was defined in more precise terms. 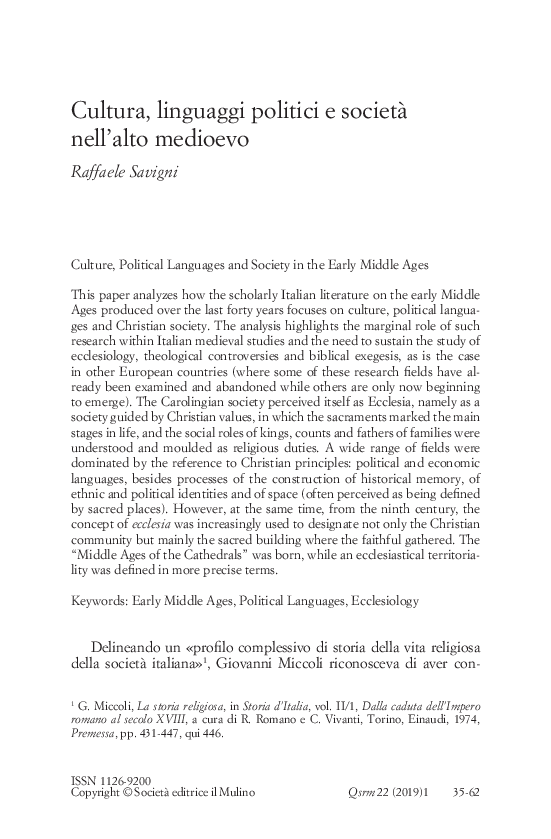