The work focuses on the role attributed to the friars in the last 40 years of historiography. The writer begins with a consideration of a work published in 1974, which, incidentally, also corresponds to the first year of the period under examination. The work is entitled Storia religiosa, by Giovanni Miccoli, in which Francis of Assisi and the order he established occupy a fundamental role. While Miccoli recognizes that within the Franciscan experience there is «a unique and exceptional fact in Italian religious history», other renowned medieval scholars, such as Ovidio Capitani and his students (Dolcini, Lambertini, Tabarroni, Todeschini), see instead in Francis a «new anthropology». They examine the novitas of Franciscan thought and how it translates on a political, economic and ethical level. This wealth of study and a thorough historiographic framework, in which the centrality of mendicants is recognized in various ways, has, however, encountered corroboration within the most important works on the history of Christianity from the 1990s until 2010, which appear to be untouched by this mare magnum of specialist historiography. This fact leaves us with a significant intellectual gap upon which reflection is due. 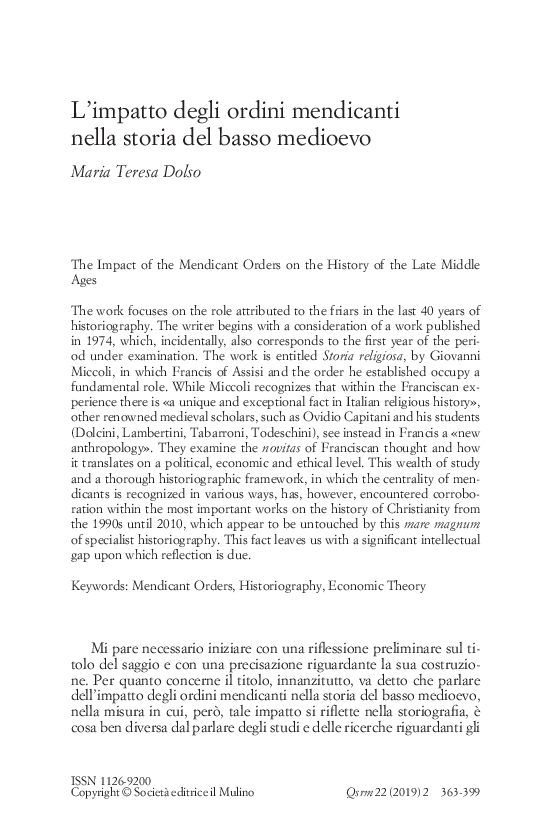