The essay examines numerous examples of married couples who, without interrupting their married life, chose to devote themselves to God through ancient forms of oblatio, dedicatio, offersio or redditio, thus interpreting the “religiousness of worksµ that characterized lay spirituality in the twelfth and thirteenth centuries. The protagonists of these acts of devotion, which recur throughout the history of Christianity, sometimes renounced their material possessions and opted for a life of poverty; at times, however, they reserved for themselves the right to use these goods during their lifetimes, donating them only after their death to the hospitals where they had chosen to reside and with which they had created bonds of dependence. Surveys carried out in Italian hospitals, including lepers’ hospitals, show that lay married couples were an ever-present component of such communities. 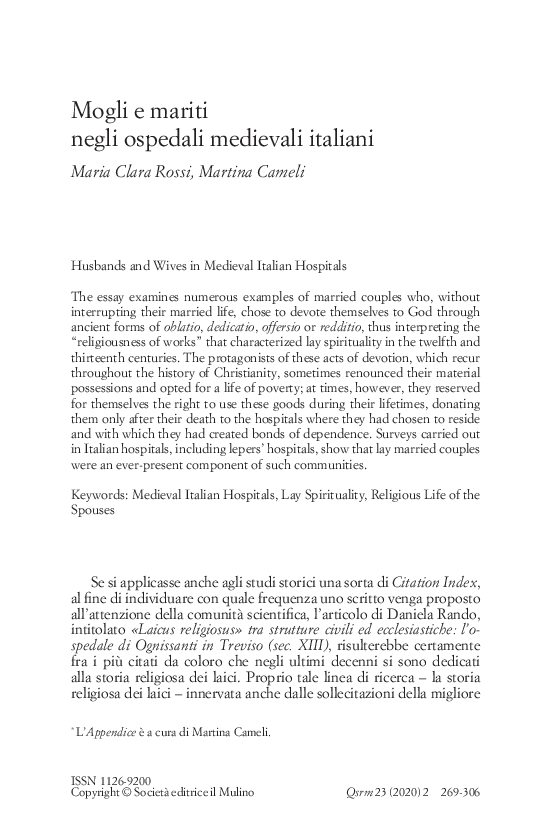