Despite the age-old prohibition and the attempt to regulate monasticism within an institutional structure, the cohabitation of genders in Eastern Orthodox monasticism has continued over the centuries. This article investigates the monastery of the “New Jerusalemµ in Romania, established in the early nineteen-nineties and inhabited by a mixed community of men and women following a rigorous and innovative ascetic life. This gender cohabitation has favoured the construction of a spiritual monastic family, in which the presence of spouses strengthens such spiritual ties. Within the framework of the literature on contemporary monasticism, this case study is analyzed by means of an examination of historical and canonical sources, in particular those produced by the community, and by an analysis of television interviews, newspaper articles, statements by connoisseurs, visitors and former members of the monastery. 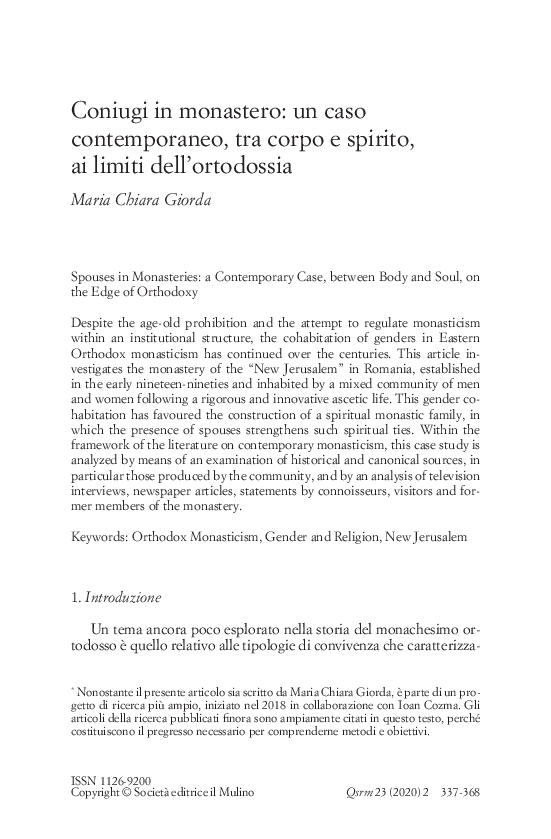