This article is based on a research study that deals with the editors of Wikipedia articles on breaking news. Using the gatekeeping theory, it analyses how the entries unfold and attempts to disclose which factors influence editors the most. By means of comparative research applied to Wikipedia in four different languages (French, Spanish, Italian, English), we selected four entries that covered breaking news in each language. The first part of the research analyses the talk page (the page dedicated to discussing improvements to the entry) of the sixteen entries (four for each language). The second part focuses on the analysis of twenty-five semi-structured interviews with the editors who contributed to the organisation of those entries. We argue how Wikipedia is a collaborative form of content production where traditional journalistic values appear to play a crucial role; during the process of composing an entry, the levels of routine and organisation (the ensemble of norms, rules and sociotechnical environment) influence the content the most. Some Wikipedia rules, as well as many platform technicalities, are so influential that they became routines which editors take for granted. 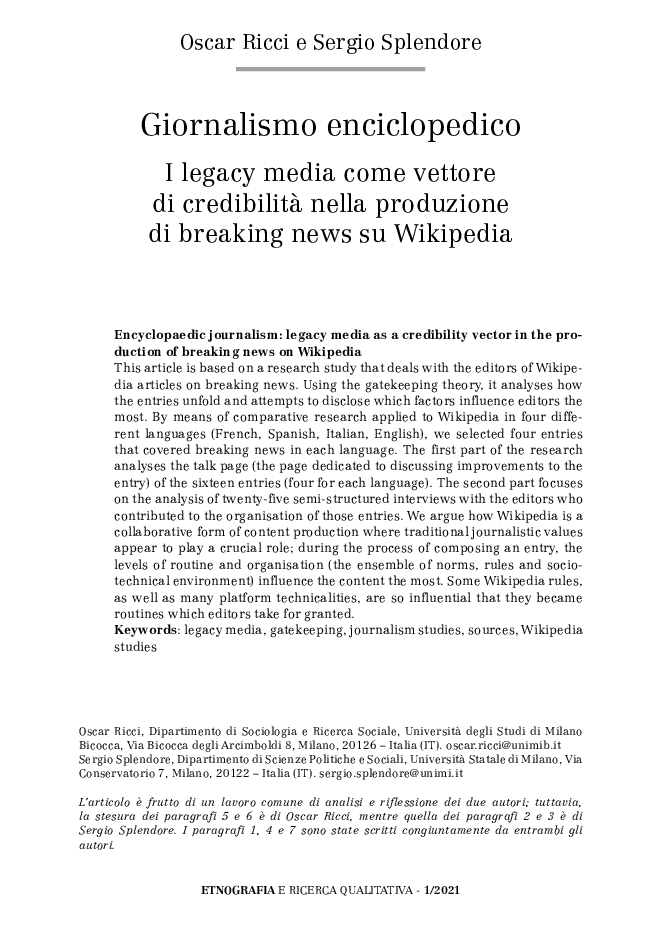