Based upon participant observation in a construction site and forty in-depth interviews with Romanian immigrants in Bologna, this article analyses certain changes in this immigrant group's common sense. The research points out some notable differences between the immigrants' self-representations and their working practices, as observed in the building yard. On the one hand, Romanians define themselves as «hard workers» and emphasize their own national belonging; on the other hand, loyalty among coworkers independently from their nationality and implicit and explicit conflict with the employer emerge during on-the-job observation of building work. It is argued that selfrepresentations are influenced by hegemonic discourses about immigration, produced by Italian society (the discourse of the «immigrant as a worker» and the multiculturalist discourse) as well as by some legacies of the ideological system of Ceaus¸escu's rule. Finally, discrepancies within and resistances to such hegemonic discourses, to be found in Romanian immigrants' migratory trajectories and working practices, are discussed. 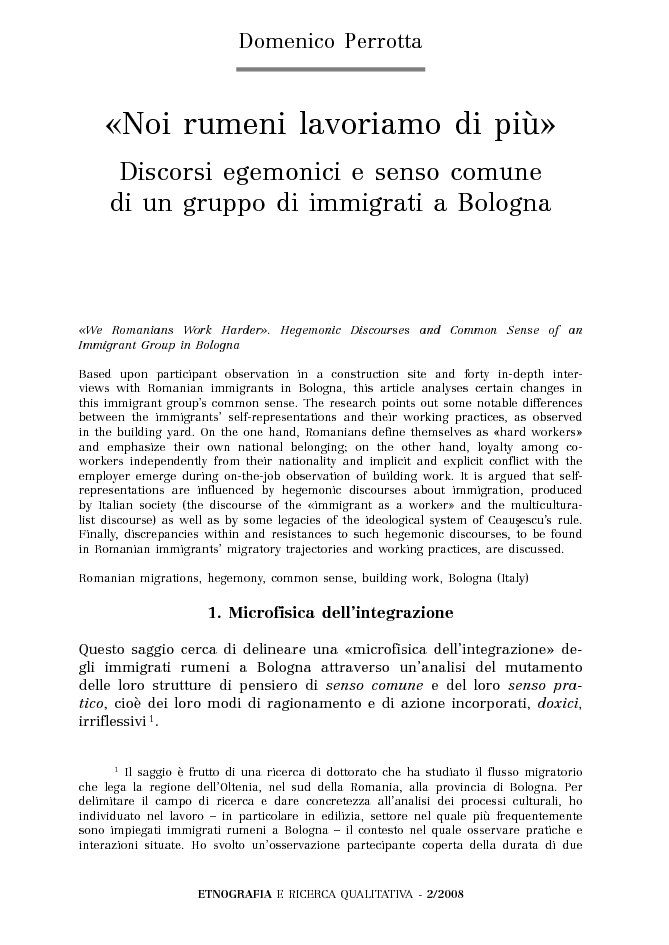