How does social action, what we do in projecting ourselves in ways shaped to be cognizable by others, become self-sensible? At a first level, which is observable when acting alone, the person feels the rhythms, flow and hitches in the narrative structure through which he/she makes action socially meaningful. When acting with another, a second level visibly comes into play: each feels the push and pull by which two versions of a project become the collaborative production of a single executed narrative. At a third level, the person knows that his/her life transcends any situation he or she may be in; in order to act collaboratively with another each participant must mask a range of privately understood, transcendent meanings. Action becomes socially meaningful through private practices, then becomes social in a publicly engaged way, then again becomes meaningful privately, in ways others cannot appreciate. Somewhere along the range of this three dimensional composition of social life, all feelings and emotions take shape. Examples are taken from college lecturing and from processes of putting shoes on oneself and on another. 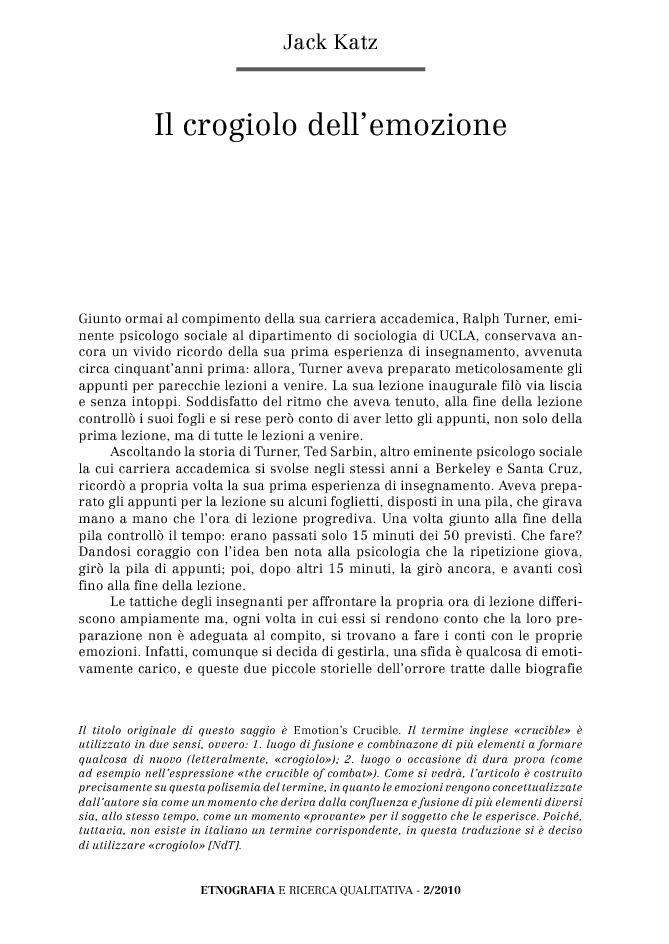