This article reports the participation in an eight-day military tour in Israel organized by an Israelian association in 2007. The aim is to describe the construction of the Israelian military's public discourse with regard to the history and security of the State of Israel. The author visited places of importance (museums, military bases and courts, ministries and kibbutzim), observed institutional ceremonies, and listened to the discourse of witnesses (Mossad agents, Shin Bet commanders, members of the armed forces, judges, war heroes and kibbutzniks). In particular, the politico-military construction of conflict, self-narration by various kinds of witnesses, and denial of the Palestinian enemy were examined. 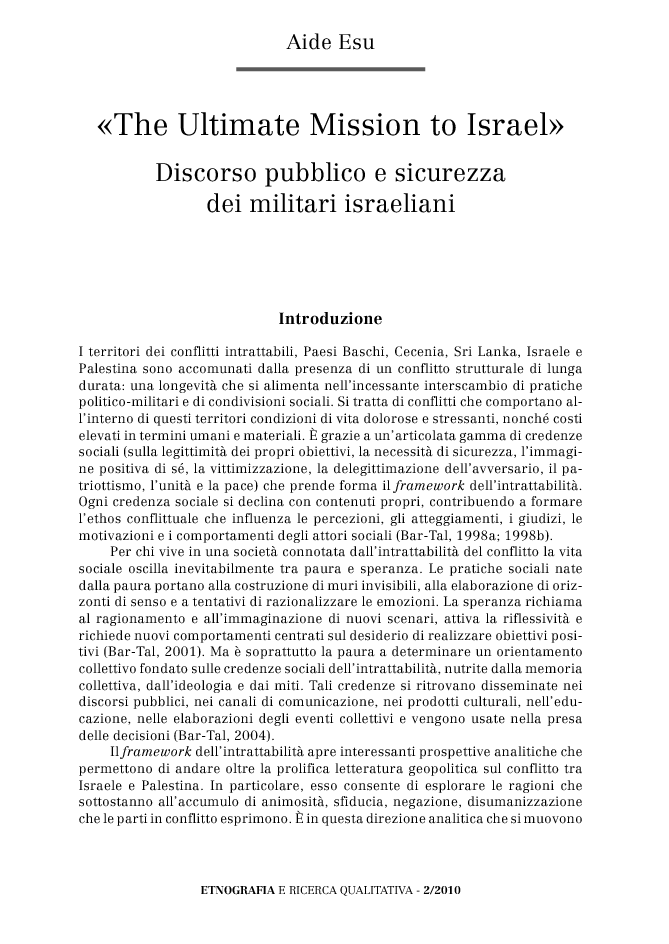