According to Kuhn, during scientific revolutions scientists see the world of their research engagement differently. This paper argues that even scientists of a stabilized discipline - such as cytogenetics - who use relatively uniform procedures and instruments, depict the same object in their own style. In particular, it examines the divergent and occasionally conflicting practices of describing chromosomes, considered as practices of visualizing and viewing them. Empirical data resulting from two years of ethnographic work are used to illustrate two opposite tendencies: the first is focused on a wide range in mid-gray intensity, and the other more on geometrical and clear shapes. The visual styles, traced back to the social configuration of laboratory practices, technologies, and bodies of expertise, intend to contribute to analysis of distributed cognition and, at the same time, to bring empirical evidence to the deconstruction of the epistemological ideal of objectivity. 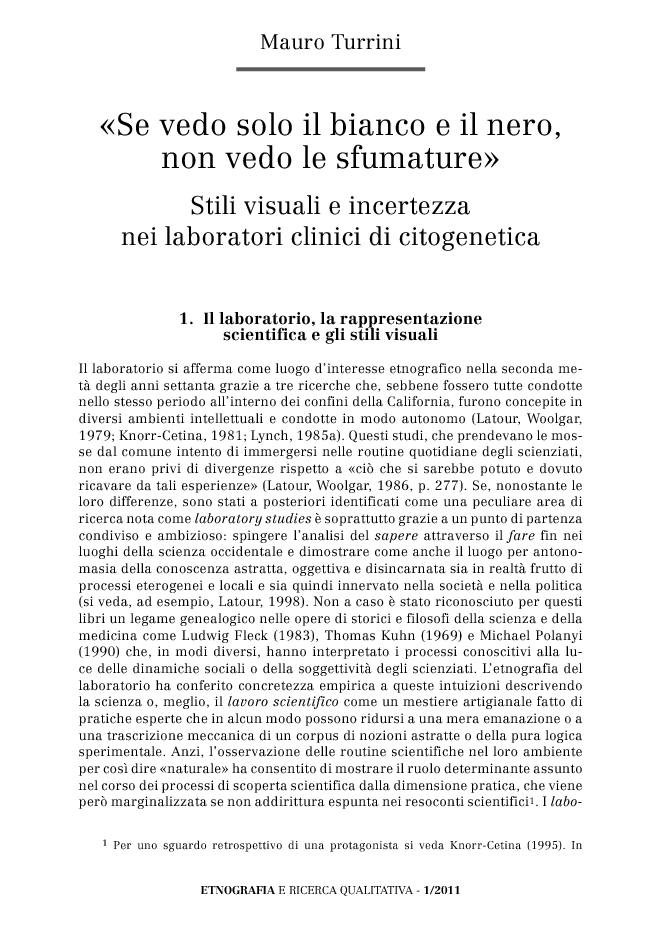