This article is based on an ethnographic survey studying a free software developer «community.» The investigation was conducted over five years; it involved various on-site research methods and was based on insertion into the group concerned. Our interest is focused on the research relationship, since this is largely affected by the various prominent properties of the object of our study. Taking into account that free software developer groups base their activity and their existence on the digital resources of the Internet, we highlight the fact that this specificity gives the researches the opportunity to observe at a distance and under cover. We then show that a drawback of the researcher's invisibility is the lack of visibility of wide sections of collective action. In a second phase, the focus will be narrowed to an on-site survey. By retracing the evolution of the research relationship, we will reveal its uncertain character, the difficulties of mastering it, and the variety of its successive or concomitant forms. This plasticity seems to be closely linked to the characteristics of the group: scattered participants, dispersed authority, unclear limits, fragile commitments, vague outlines and a poorly formalized organization. In other words, if the virtual character of the group's activity and exposure on the Internet affects ethnographic research, this is only indirectly, through its consequences on the configuration of the group, on the social links involved, and finally on the limited and unequal character of inter-knowledge, despite the fact that it is supported by frequent and intense exchanges. 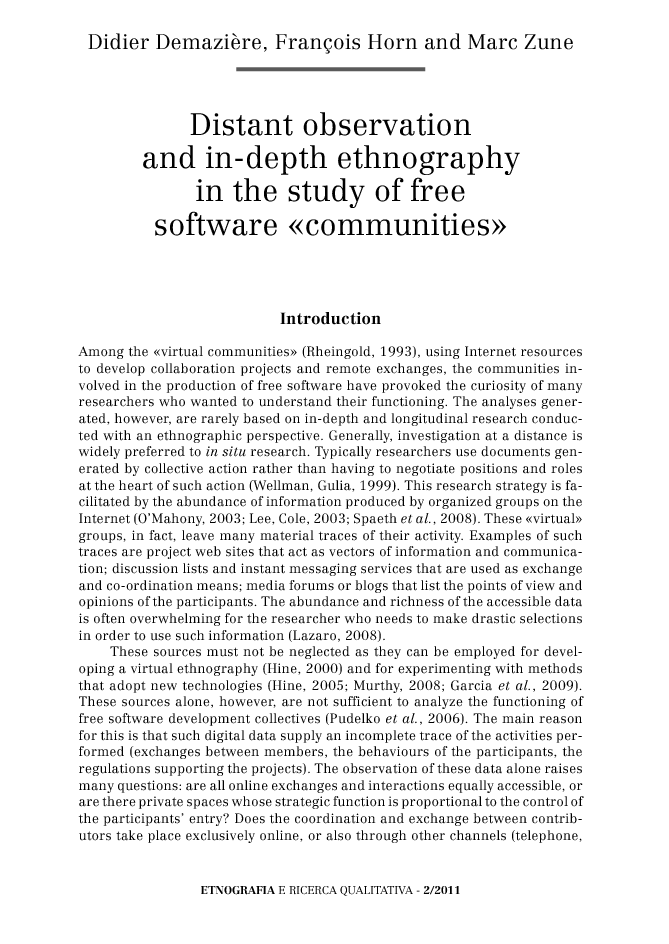