In exploring the relation between theory and ethnography in Les formes élémentaires, this begins with Durkheim's creation of the work, then focuses on issues at stake in his account of rites. His old theory had been undermined by shock news from Australia, in the form of a pioneering ethnography by Spencer and Gillen. In forcing him to rethink things, it sparked off a creative process that gradually brought together various developing ideas in the new theoretical landscape of Les formes. It took him over five years to produce an initial draft, and around another five years, involving some key changes, to produce the final manuscript. These especially involve changes in the material of what became book 3. After explaining these, the article is concerned with issues raised both by the book's use of ethnography in its theory of rites and by the theory itself. 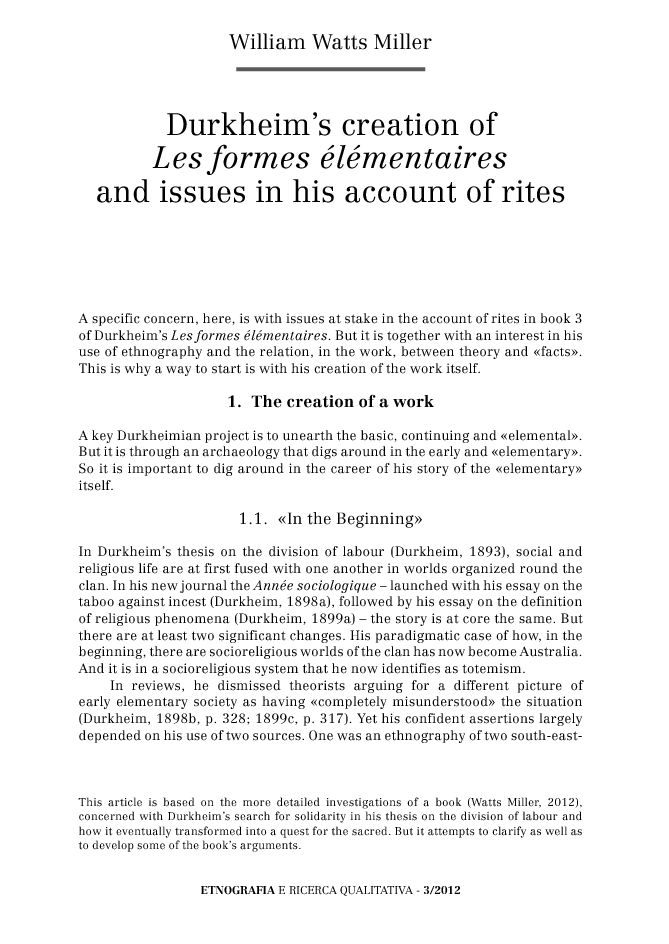