Scattered sources left in Sudan, Britain, and some private archives allow the reconstruction of an anti-colonial rebellion in the Sudan's Nuba Mountains, as well as some insights into the manufacture of tailor-made discourses of history mixed with contending mythologies. British Army archives tell a story of a mad rebel defeated, Miri oral memory turned the story into a pre-history myth to amputate its colonized sting, and British post-colonial mythology depicts all accounts as a fair fight, ending with superior winners and decent losers. The article walks a methodological tightrope between contending mythologies and substantiable facts, between the history-re-making performance of myth and all preserved remnants of positivist history. 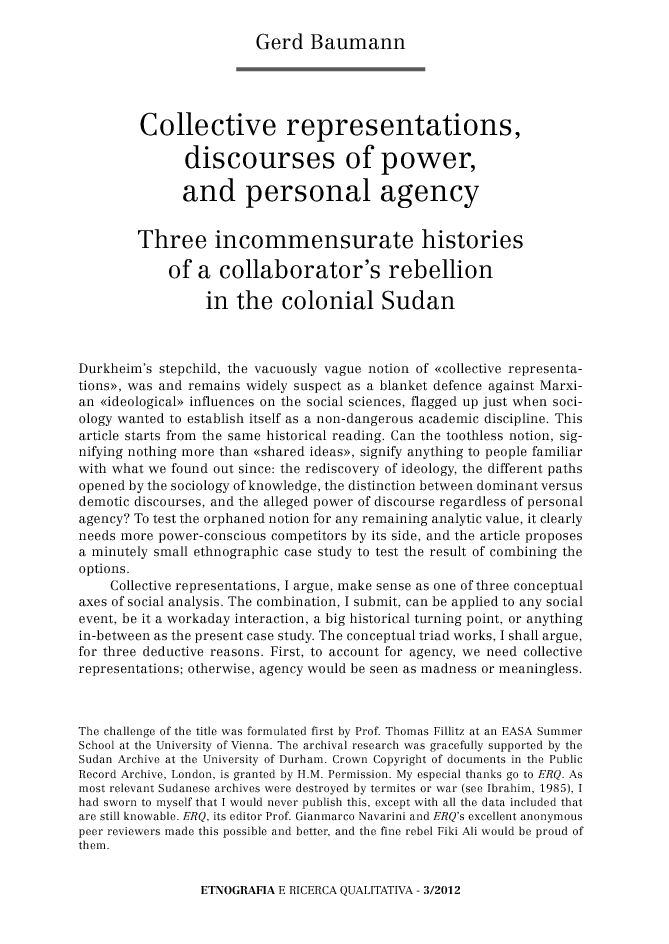