The paper focuses on the issue of higher education choice and the relationship between «guidance practices» and persistence/reproduction/reduction of social inequalities. Following the research literature on inequalities of access to higher education (Ball 2003, Van Zanten, Legavre 2014) this study analyses the mechanisms through which university institutions affect the choices of students coming from secondary schools. Drawing on an ongoing ethnographical research, realized through the direct observation of four orientation fairs and on interviews with the organizational managers and academic actors involved in such events, the authors focus on the role of orientation fairs as «market devices» (Callon et al. 2007), i.e. a discursive and praxiological dispositif by which higher education markets sustain their existence. The authors question the way in which orientation fairs contribute to the transformation of the academic institution into a competitive arena and influence the transitions of students, in terms of reproduction or reduction of social inequalities. The article emphasizes two main aspects: on the one hand, the way in which fairs contribute to the construction of the Italian academic field as a market and redefine its hierarchies; on the other hand, the exhibition space seen as a context for staging of the «drama» of choice, in which all the actors are involved. 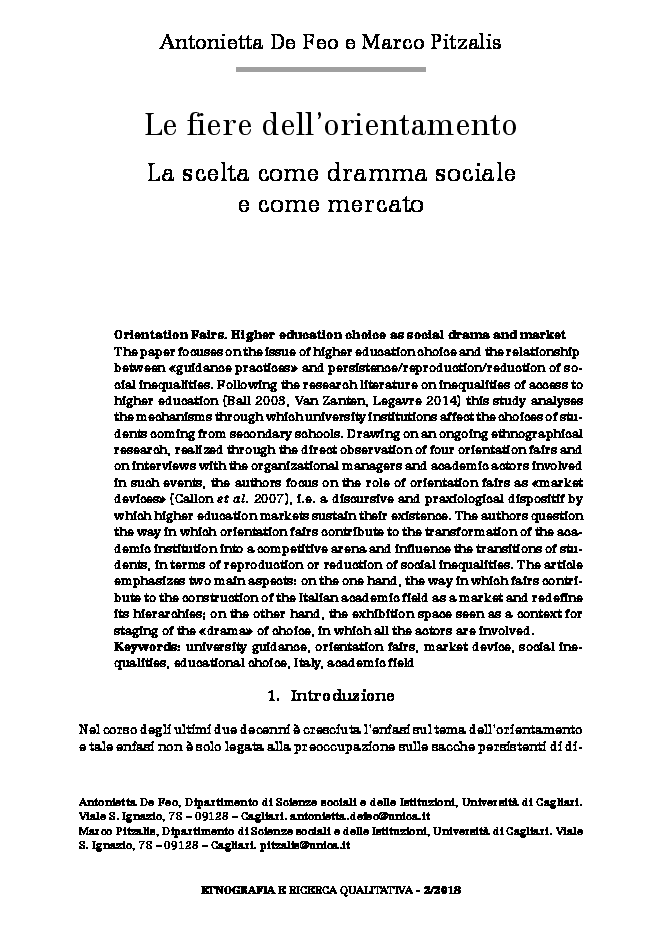