The aphorism «jiu-jitsu is therapy» was encountered at the American military base on Guam. How does therapy arise from techniques to incapacitate, injure and kill? What could be the malady? Who requires treatment? Therapy is an endeavour to «shift subjectivities», change attitudes, dispositions and lifestyles towards better health and well-being. During Brazilian jiu-jitsu sparring, where police «roll» with criminals, virtual homicide is enacted through holds applied to a partner, who «taps out» to offset injury or death. Virtual murder/suicide enacted through actual victory/surrender provides the basis for a «catch-up institution». In cultures of combat, therapy, embodiment and subjectivity may be grasped through a Deleuzian parallel model of mind and body, thought and extension, at the intersections of knowledge, thought and power relations. While chokehold deaths in police custody illustrate the militarisation of global means of violence, colonised subjects on Guam prepare for the impending arrival of 7,000 U.S. Marines. 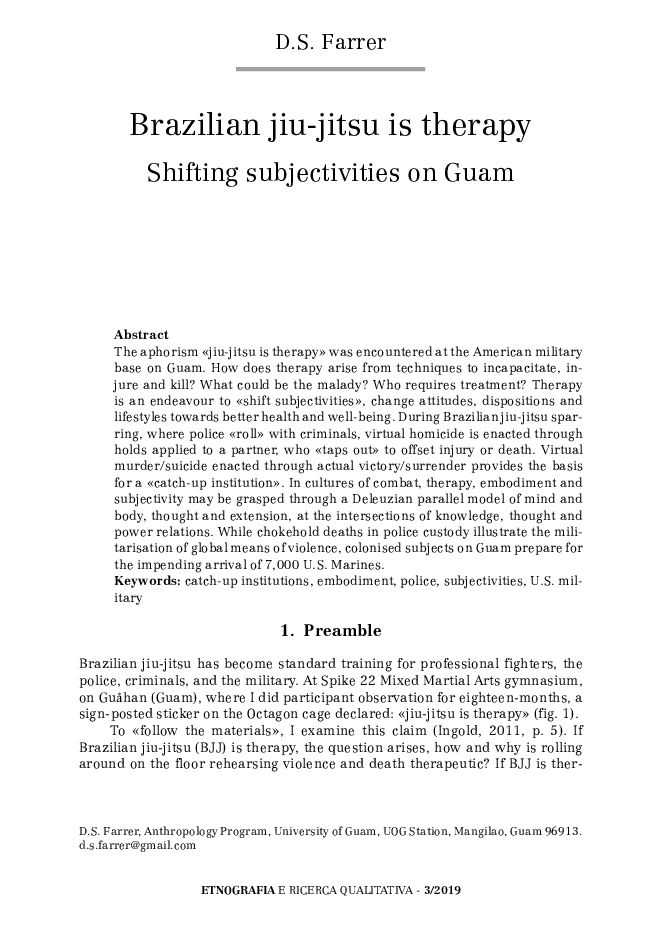