Italian democracy in the Second Republic has been defi ned "anomalous" because it underwent mediatization, personalization, and spectacularization, while party organizations dissolved and coalesced in the fi gure of the leader. This article outlines the main features of this model and the steps through which it came into being. In particular, the article argues that the Italian case has not come about exclusively thanks to, or owing to, Berlusconi. This is so because, fi rst of all, some of the Second Republic's defi ning traits were inherited from the First Republic, from the entangled relationship between politics and television to politics' ability to pervasively penetrate everyday life. Moreover, the tendencies that are on display in an extreme fashion in Italy can indeed be observed in other European countries, such as France and Great Britain, where, not coincidentally, "audience democracy" and "post-democracy" are debated. 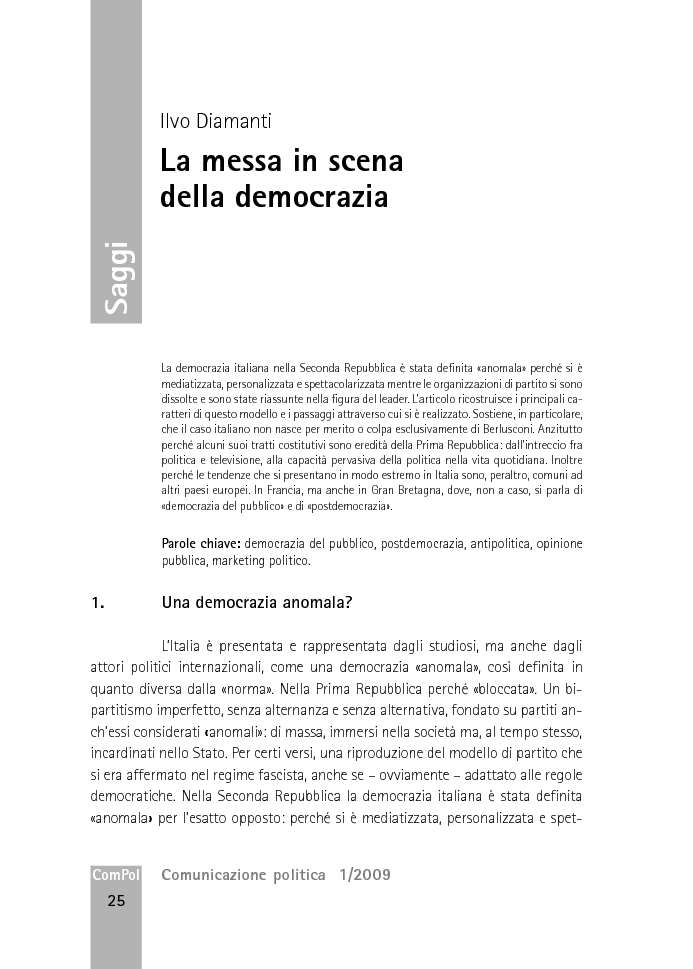