The relationship between satire and television in Italy was initially characterized by a strict control exercised by means of censorship, from politically appointed top management. The Seventies were marked by good-natured political satire, based on the imitation of formal and aesthetic traits of the politicians, best represented by Alighiero Noschese. The Eighties, in keeping with the logic of commercial and neotelevision and with the progressive crisis of the political system, witnessed a more biting and corrosive political satire that conquered new spaces and programs. Today, political satire is present in the information programs and the politicians themselves are actively involved in its staging. This profound transformation of its original nature, places political satire at the center of popularization of politics. 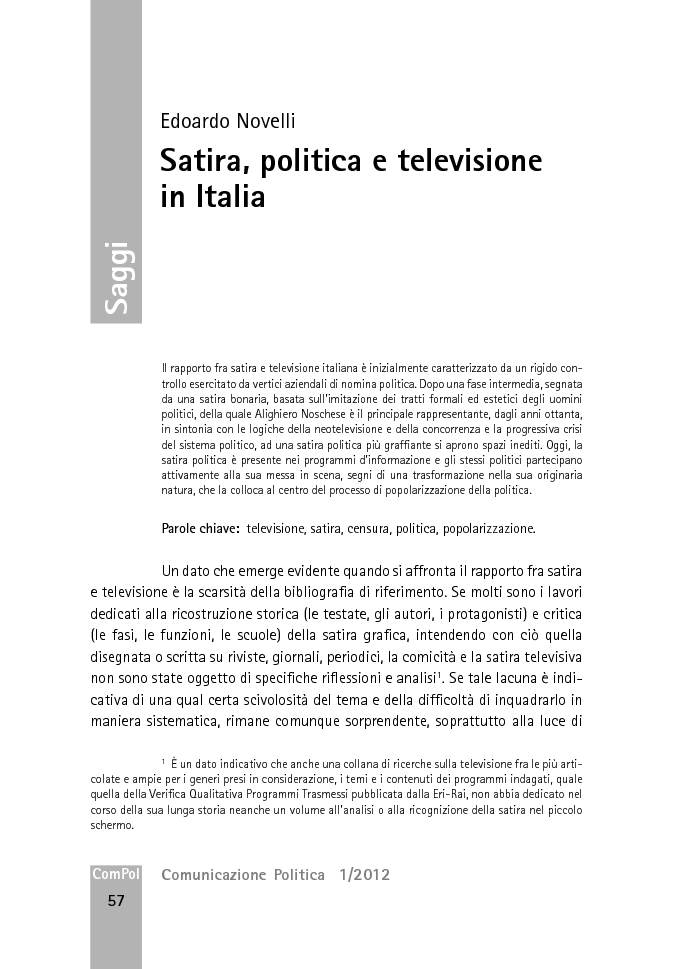