The article analyses the entanglement between professional and production roles and political functions that mentality and practises shared by parties, ruling the public broadcasting company, carried out since 1970'. This «material (not "formal" = legal) constitution» became a relations and exchanges network between political and economic players also in audiovisual industry and in broadcasting and telecommunication system transition to the market, cleared the way to a political role of the private television tycoon, shapes laws and biases government and authorities action. In the continuity of «first» and «second» republic, the corporate set up of social and production roles in communications and a party-segmented public opinion are the main factors blocking the change and staking a claim on the growth. 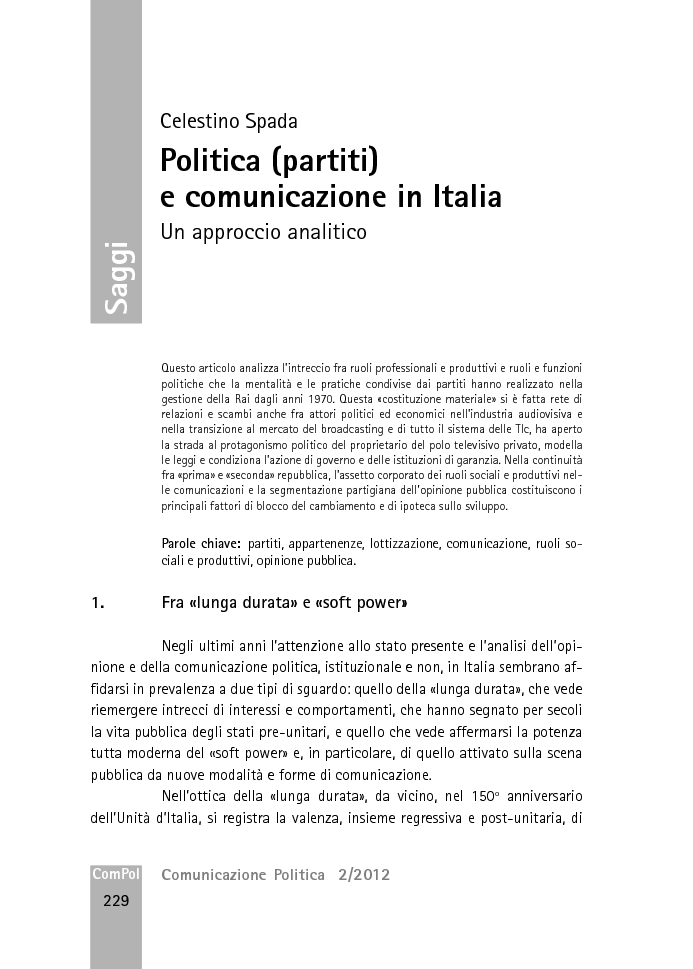