Using data from the post-electoral survey conducted for the Prin project "Come cambia la rappresentanza politica in Italia. La decisione di voto nel ciclo elettorale 2013-2015", the article presents the information choices and the media consumption of the Italian electorate during the 2013 electoral campaign. The article shows data about the most important medium of campaign information for the Italian electorate, and on the consumption of traditional media, discussing their evolution compared to previous elections. It then focuses on the main development, that is the growing presence of the Internet in the "media diet" of Italian voters; the Internet is a very complex reality, and the article devotes some space describing the different uses of it. Afterwards, the article analyses the utilization of traditional media and the Internet by the Italian electorate from different age groups, and it focuses on the communicative choices of the youngest voters. Finally, it observed whether the different uses of the media are related to voters' political characteristics, both with respect to the traditional media users and the Internet users. 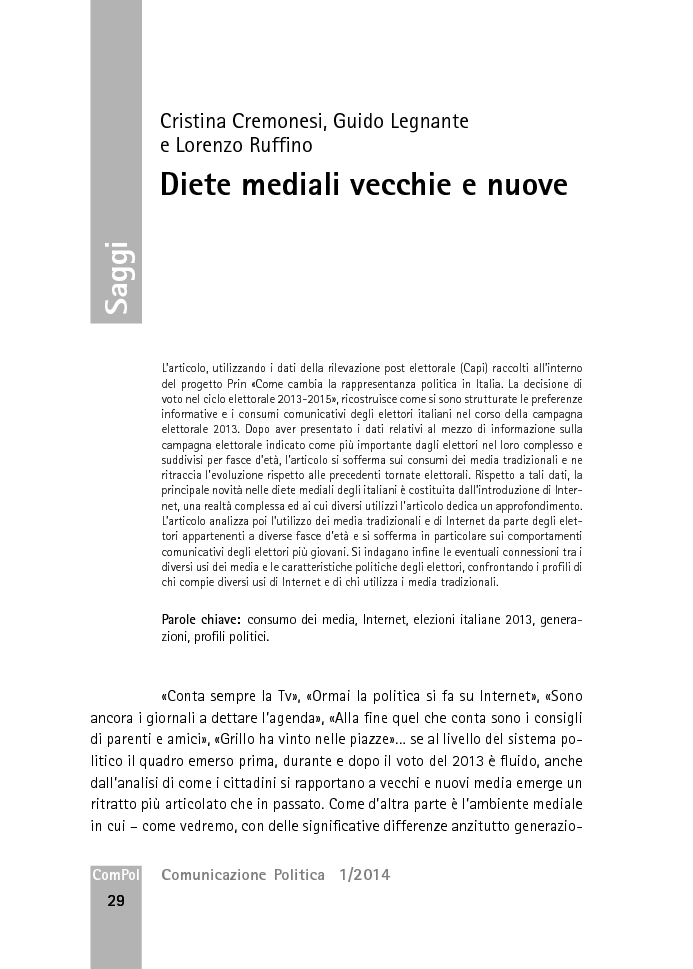