The electoral promise to refund the Italian citizens for the Imu (the property tax) they paid in 2012 was successful in capturing mass media coverage and in placing Silvio Berlusconi at the centre of the 2013 Italian election campaign. However, the analysis of national survey data shows that this electoral initiative was not followed by an increase in the electorate's inclination to vote for the centre-right coalition. In addition, the analysis of the predominant trends within the Twitter debate shows how Berlusconi's promise was mainly framed as neither plausible nor credible. Indeed, the most shared tweets were strongly critical and negative, and Berlusconi's pledge was turned into an opportunity for Twitter users to joke about the former Italian prime minister or around other issues, unrelated to the political sphere. Berlusconi was not effective in dealing with Twitter and, consequently, his promise was negatively reframed by politicians, journalists and, especially, by bloggers, simple users and other actors that ordinarily do not have opportunities to frame issues within the traditional political sphere. 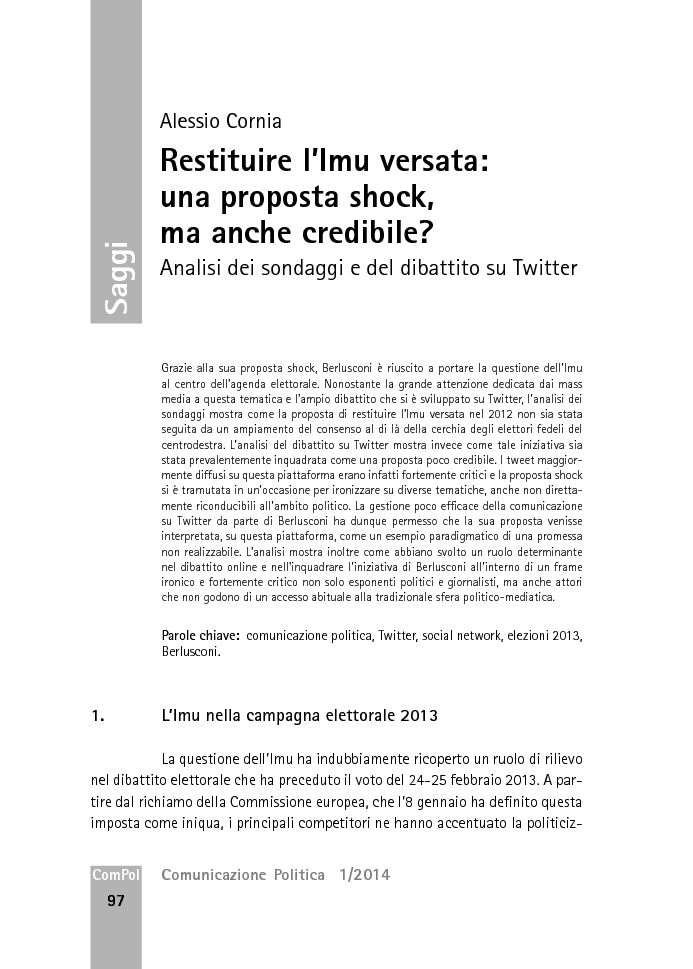