The article aims to verify whether the ascendance of a certain model of democracy influences the definition and measurement of freedom of information. The work describes three alternative models of democracy (liberal, egalitarian, and neoliberal) and reconstructs three corresponding models of information. The hypothesis is that the neoliberal model has become hegemonic, over the last three decades, also thanks to the role played by measuring instruments. Indeed, measuring instruments have not only a cognitive aim, but also a political and ideological function in legitimizing and strengthening the hegemonic model. On the one hand, measuring instruments are influenced by that model, on the other hand, they contribute to strengthen its values and its world view. The study analyzes the Freedom of the Press Index (FPI) of the American organization Freedom House (FH), which is the most used instrument for measuring freedom of information. Although the FPI maintains to measure a liberal conception of information, the qualitative analysis of its indicators shows a drift of the FPI towards a neoliberal measurement of freedom of information as far as three crucial aspects are concerned: the role of the State, the definition of pluralism and the role of big corporations. The results put into question the use of the FPI as an instrument to measure a liberal conception of freedom of information. 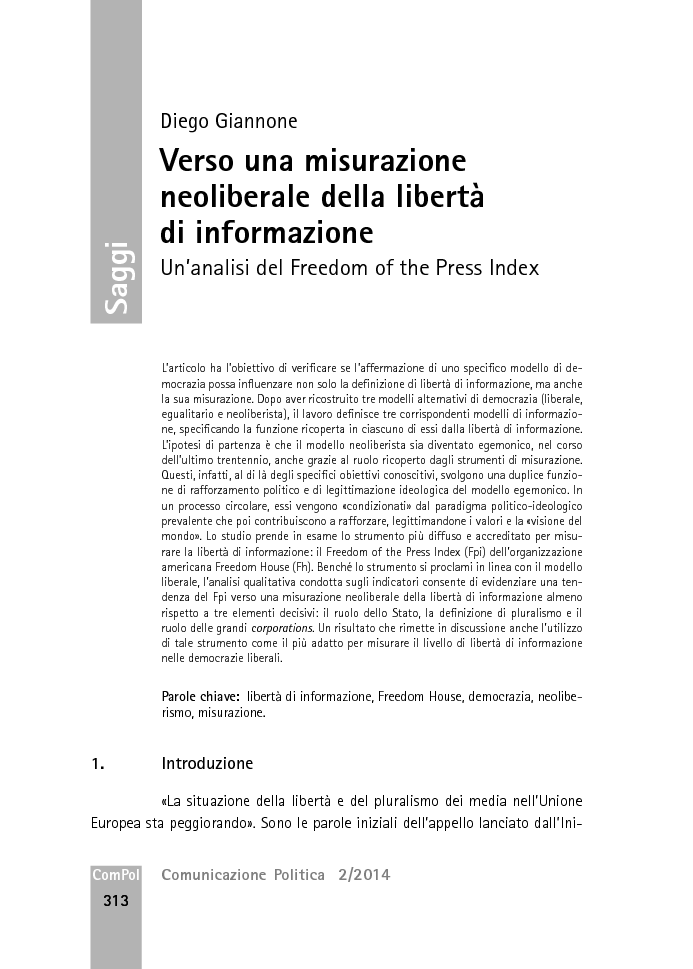