The article analyzes the evolution of the power of speech of the President of the Italian Republic in the twenty years of the so-called Second Republic (1992-2013). The specific objective of this research is to examine, with both quantitative and qualitative methods, the fundamental characteristics of presidential speeches ("esternazioni"), specifying their numerical strength, their distribution over time and the object to which they refer, in addition to the main causes of these features. The research aims to test the hypothesis that the development of the power of speech of the Italian Head of State would be affected by a combination of two causative factors: long-term factors, related to the changes of the political regime, and short-medium term factors, due to changes caused by political (such as electoral and decision making processes) and socio-economic processes. The comparative analysis of the speeches given by the three Presidents whowere in charge during the reference period (Scalfaro, Ciampi, Napolitano I) would seem to confirm the research hypothesis. Our analysis, in particular, shows that the growing trend of the presidential speeches is closely linked to the changes that occurred at the level of the Italian political regime from the early 90s onwards; while the variations in the concentration and in the objects of the speeches are strongly related to the occurrence of short or medium term crisis, both at the political and socio-economic level. 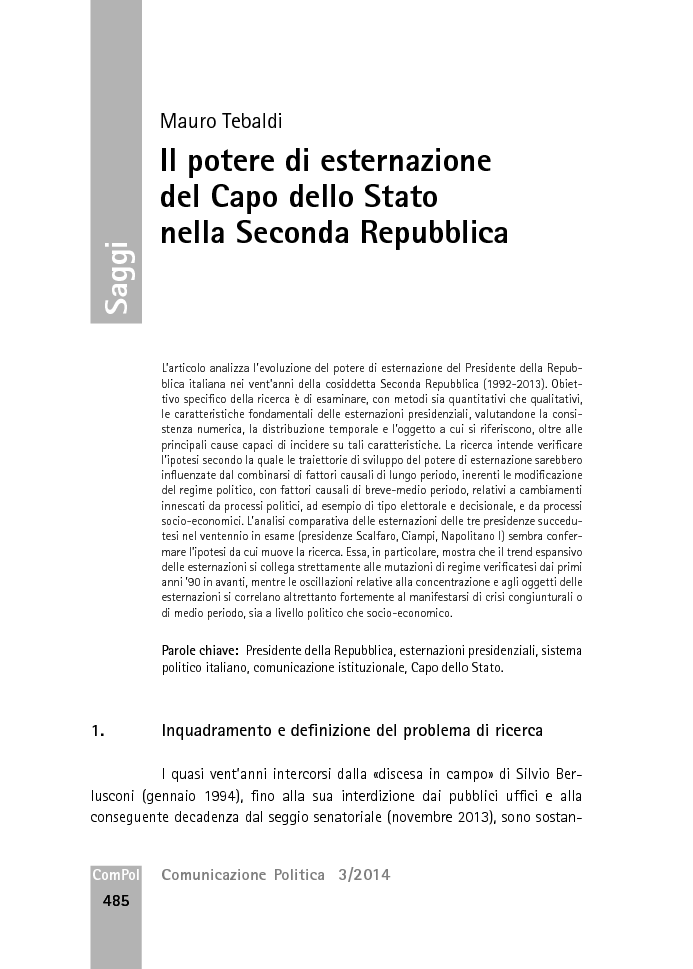