The article presents an online ethnography research on the satirical group «We are the people, the power fear us», which appeared on Facebook in 2012. The purpose of the group is to mock the popular movements of protest against the «strong powers», and has as its main target the 5 Star Movement. The use of particular codes - such as the deliberate grammatical and orthographic mistakes of the posts, the sensationalist images and the confrontational tones - is the core of the parody of the communicative styles of such movements. The effectiveness of this operation is evident because the recipients of this satire take for authentic and help circulate on Facebook the false news spread by the group. The results show that, whereas the traditional satire focuses on and desecrates the representatives of political power, here we can witness a process of humiliation and cultural delegitimization against the followers of the M5S, because the satire focuses on the lack of cultural capital of its victims. The «fakes» and their viral circulation, along with the spread of «cascade» comments that ridicule the followers of the M5S, give life to a unique and original form of political satire based on symbolic violence and distinction. 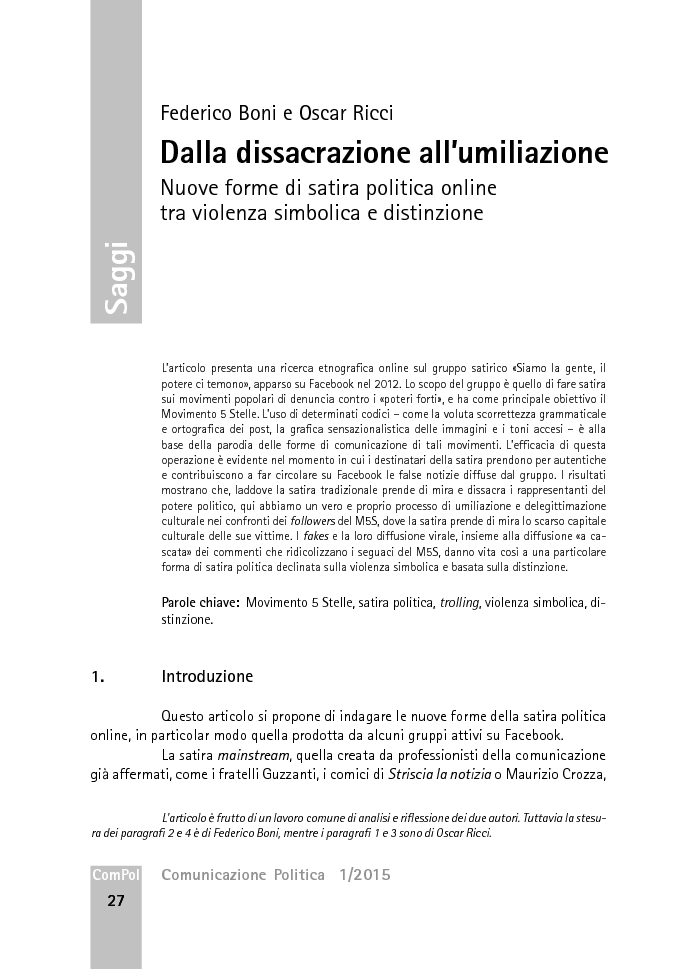