The relationship between sport and politics represents one of the features of pop politics; in Italy, this phenomenon is strictly linked with Silvio Berlusconi: a media tycoon, four times Prime Minister and owner of a football club (A.C. Milan). The paper aims at analysing the way in which the relationship between sport and politics has took shape over the «Berlusconi Years» (1994-2014). In order to do this, the paper presents the results of a qualitative research based on the most important Italian sports newspaper ("La Gazzetta dello Sport") concerning the coverage of Berlusconi. The research shows that sport (and especially A.C. Milan football club) on one hand represented a strategic news value for Berlusconi's newsworthiness as a politician on a sports newspaper. On the other hand, it signified a stage and a main topic of Berlusconi's political communication, which allowed him to propose a winning, long-lasting and captivating image of himself. Within this model, however, the role of Berlusconi appears to be symbolic, effective and unavoidable, to the extent that it can only be found with the succession of «another Berlusconi». 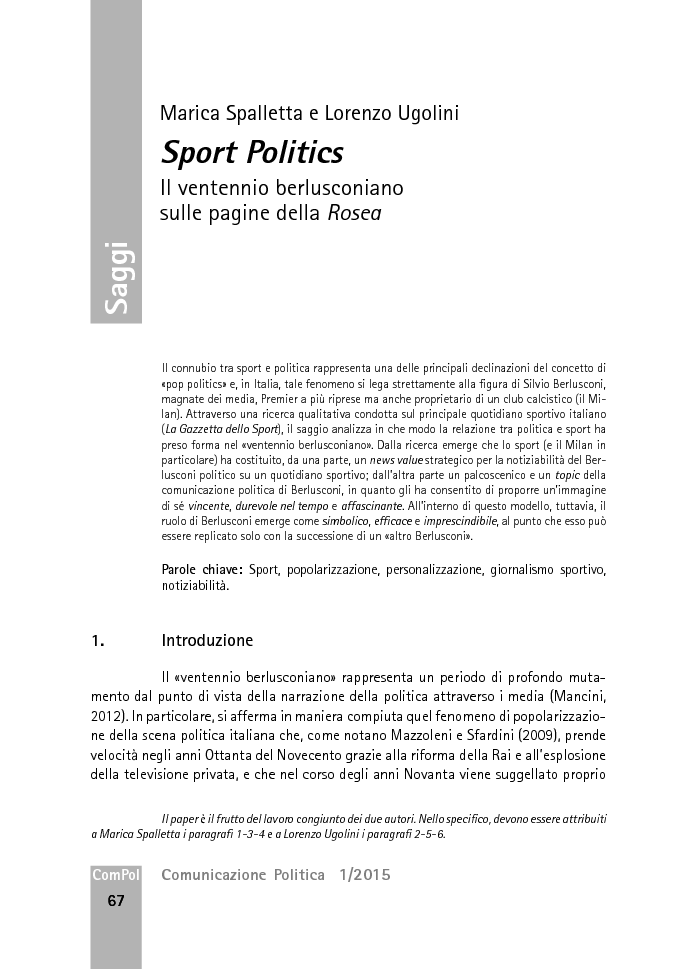