According to Bernard Manin, the transition from party democracy to audience democracy transformed citizens from being party faithful into being participant audience. But in Italy this happened later than in other countries, because the transition from a «concealed» and hyper-parliamentary politics to a more professionalized and personalized one came only in the early '90s. About twenty years ago, together with a reform of the electoral law, a nationwide judicial investigation into political corruption, and Silvio Berlusconi's entering into politics, election campaigns changed and became more «American». Since 1994, indeed, communication has moved to the centre of Italian political arena and Silvio Berlusconi has been the protagonist of this transition: the Americanization of Italian campaigns. This article investigates the evolution of Italian election campaigns from the so-called First Republic into the Second Republic under two characteristics that are classic features of American campaigns: the role of pollsters and political consultants, and political commercials. Despite the widespread idea that during Berlusconi's years Italian election campaigns lost most of their previous characteristic features and all politicians replicated American models, this research hypothesizes that the final outcomes of this transition appears conflicting. While Italian politics imitates the United States in the increasing use of opinion polls and the employment of political consultants, the ban on TV commercials places Italian politics partially out of the usual routes of «Americanization». 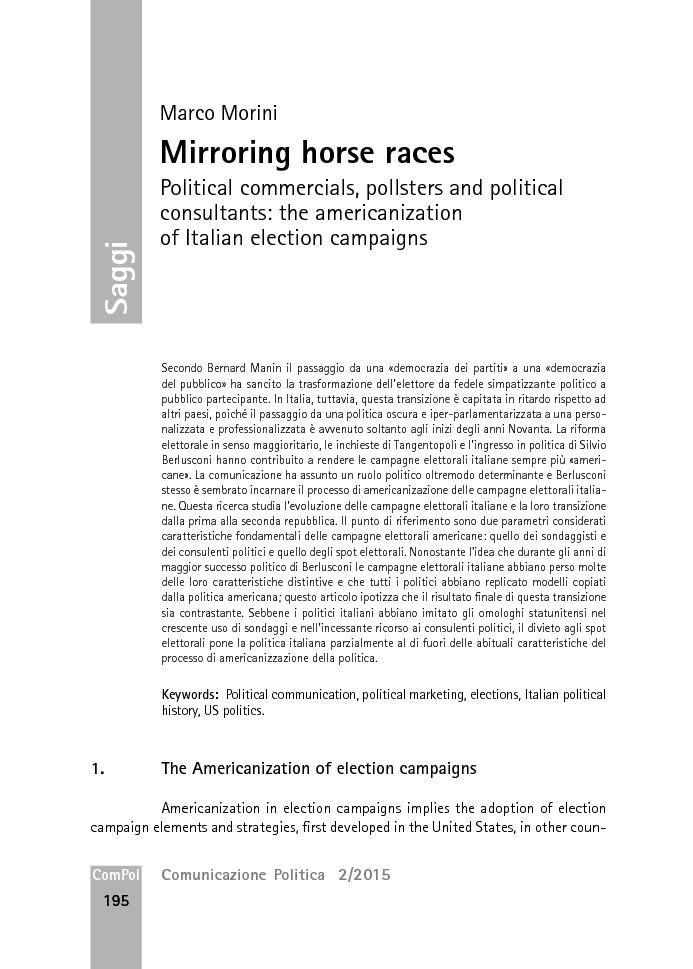