The Fourth World Conference on Women was a landmark for the international women's movement, and the Beijing Platform for Action's identification of the media as a «critical area of concern» was a break-through. However, the BPfA's critique of media and communication systems was conceptually limited and its agenda for action was politically conservative. Twenty years after Beijing, progress has been slow and in some respects has stalled. Meanwhile the media landscape has been transformed through digitalisation, the lines have blurred between media companies and technology firms, and the power of the media and communication sector has grown enormously. Politicians, policy makers and international institutions have become timid in their dealings with media institutions, and attempts to promote change have been diluted in multi-stakeholder initiatives that tend to privilege the private sector over civil society organisations. Almost two decades into the 21st century, it is time to revisit the BPfA's conceptualisation of the media and communication in the context of the digital media age, and to restore focus on the political economy that sustains unequal gender and power relations through today's many mediated spaces. 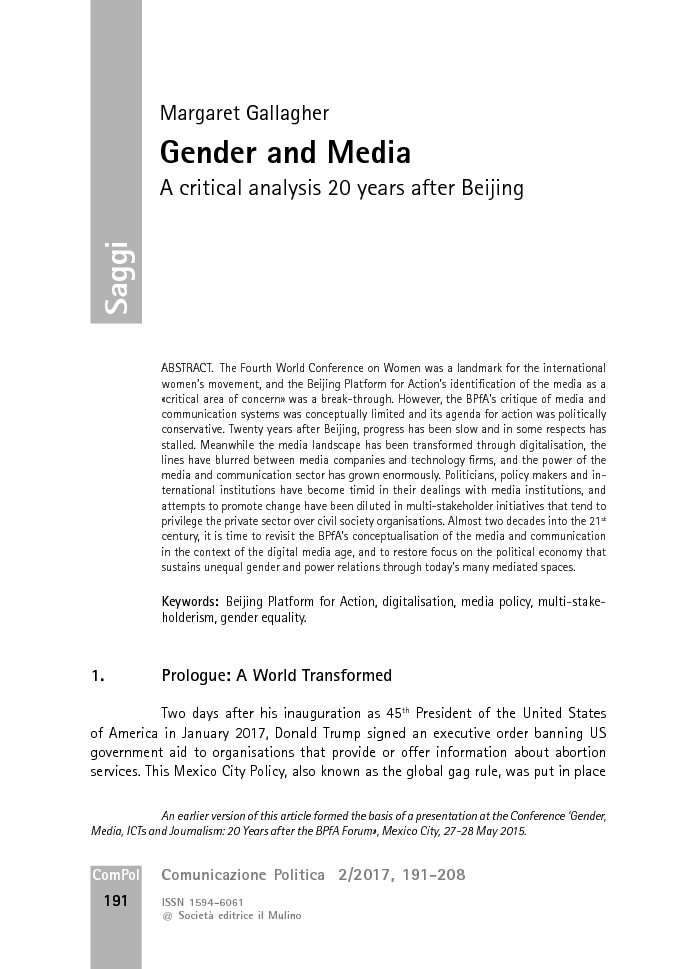