Previous studies have stressed that parties that (harshly) blame or criticize the political/economic elite affect citizens' negative emotions and, in turn, populist attitudes and participation. It has also been shown that populist parties and movements massively employ these strategies in order to emotionally affect citizens. The literature, however, pays little attention to the possible effects of selective exposure to these messages. It is possible that people who are «naturally» more prone to feeling resentment and anger toward the elite may actively seek populist parties' appeals that reinforce their opinions and feelings. This study tests this hypothesis for two European countries characterized by the presence of populist parties (Italy and the UK). As a measure of emotional response it employs so-called «reactions», a new feature provided by the social network Facebook that allows users to indicate the emotions that a post provokes in them (sadness, joy, anger, etc.). 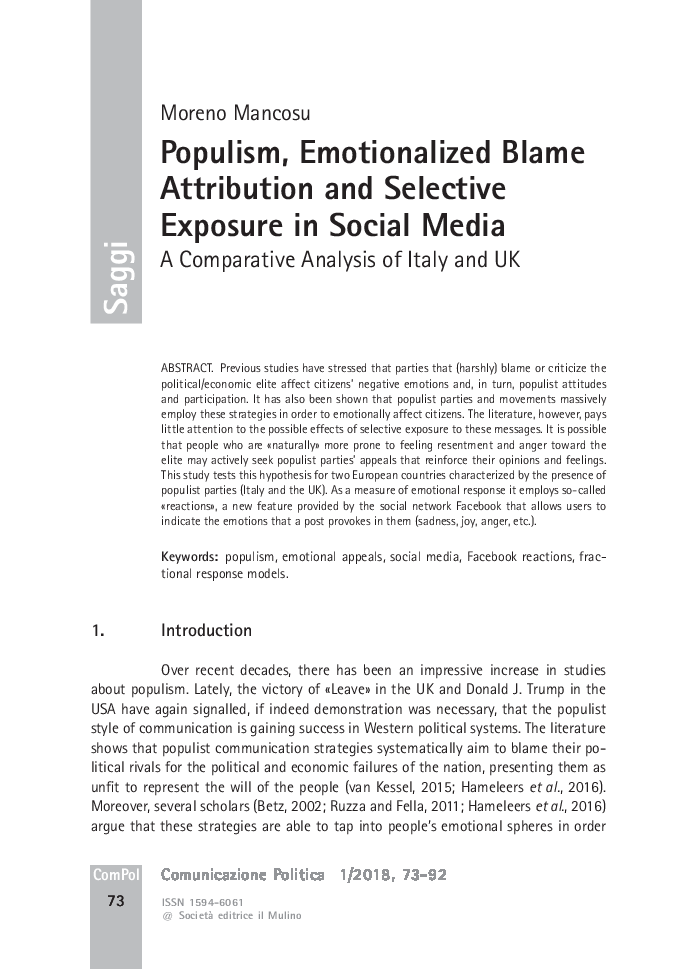