During the second Italian Republic, the role of the head of state in the national political system was the subject of a broad debate, that highlighted the behaviours, inclinations, and communication skills of each President. Following this literature, our contribution aims at analysing the scope of the communications of the Italian President of the Republic, focusing on the actors involved (the Who's) and on the measurements of these relationships (the How Much's and the When's) in a crucial case study: the first presidency of Giorgio Napolitano (2006-2013). Therefore, the object of our empirical analysis will be the set of relations of President Napolitano with the actors of the government-parliament subsystem during his first presidential term. Such relations will be analysed by performing a quantitative narrative analysis on his diary. The main aim of this work is then to assess, examining the existing literature, which causal relation might be assumed between the recent developments of the Italian political system and the structure of the relations of the President of the Republic. 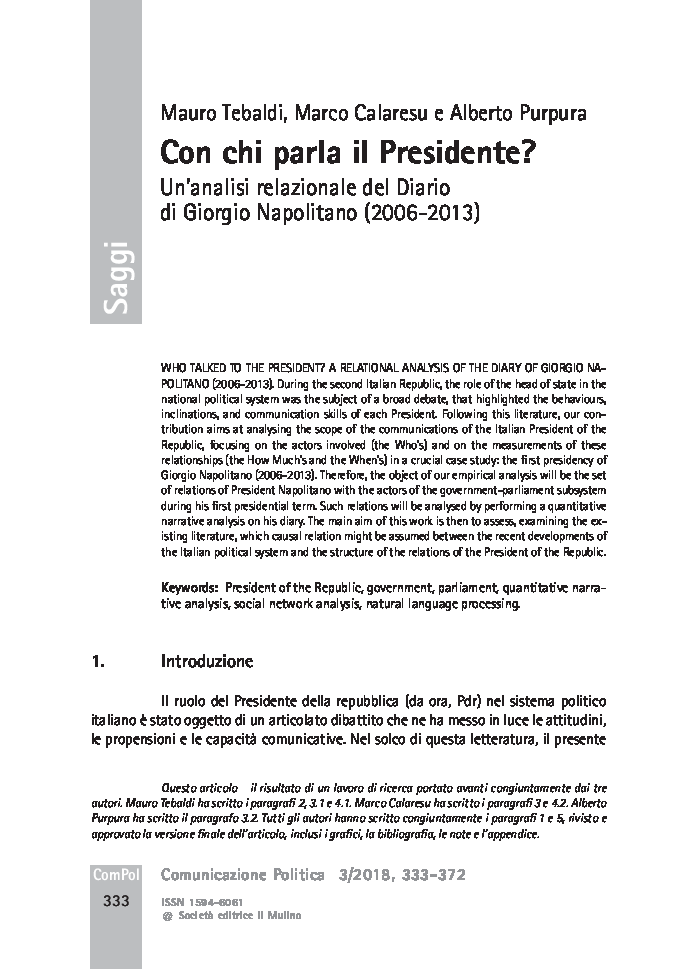