This article focuses on the practice of gaining visibility of Southern European grassroots organisations. By applying a media in practice approach, I ground my theoretical foundations on the notion of constitutive entanglement, which is based on the idea that each practice is inextricably composed of three defining pillars: the social, the material and the symbolic. Drawing on this theoretical framework, the article aims to answer the following three research questions: What are the main traits that characterise the practice of gaining visibility of grassroots political actors in Southern European countries? Do extraordinary events alter the practice of gaining visibility performed in ordinary times, and if so, how? Are there any differences across countries? Data comprise 45 qualitative interviews conducted with some of the main Greek, Italian and Spanish grassroots organisations that are engaged in two contentious issues: political corruption and temporary employment. By using a new method for data collection, namely «media in practices maps interviews», my findings denote that: i) Southern European activists make use of an assorted array of media-related devices, services and actions; ii) it is precisely during ordinary times that political actors learn how to conceive and perform the practice of gaining visibility, thus understanding how to put it in practice during extraordinary events; iii) activists of Southern European countries are reacting differently to digital media innovations. 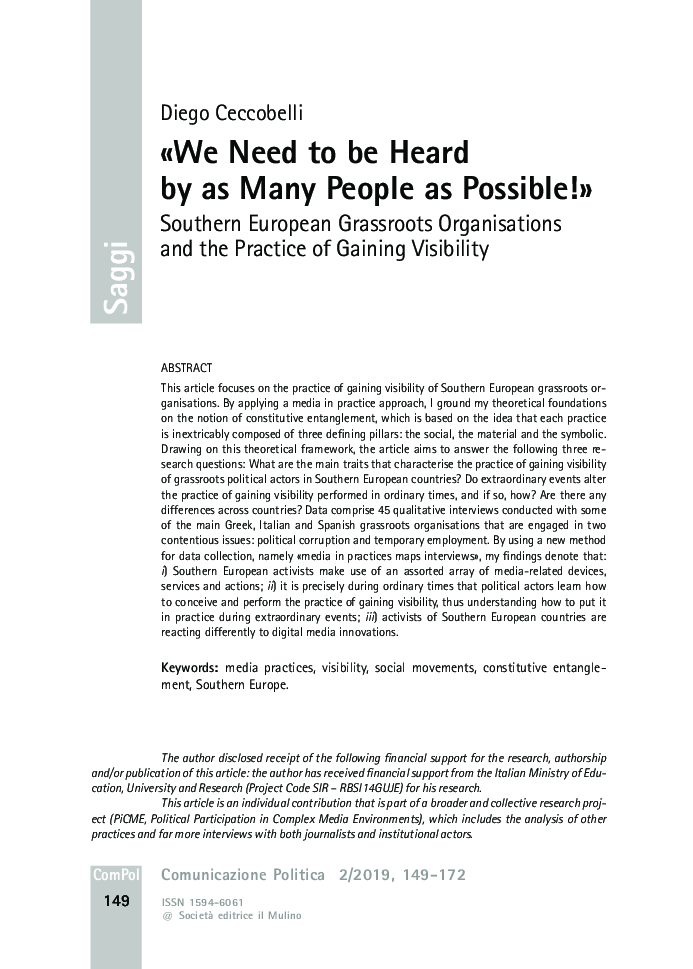