This essay focuses on the effects of political communication processes on the attitudes and behaviors of citizens. It reviews a set of studies conducted by political scientists, mainly based on experiments, which analyze the opinion formation process among citizens, and the factors that condition it. The main thrust of these studies is that motivated reasoning limits the maneuvering space of both political actors and the media in their attempts to persuade citizens. Context characteristics (such as elite polarization), source characteristics (e.g. credibility), issue characteristics (such as familiarity, salience, and economic performance), and characteristics of voters (e.g. motivation or capacity) moderate the general thrust. The results of these studies provide evidence in support of a «realistic theory of democracy». 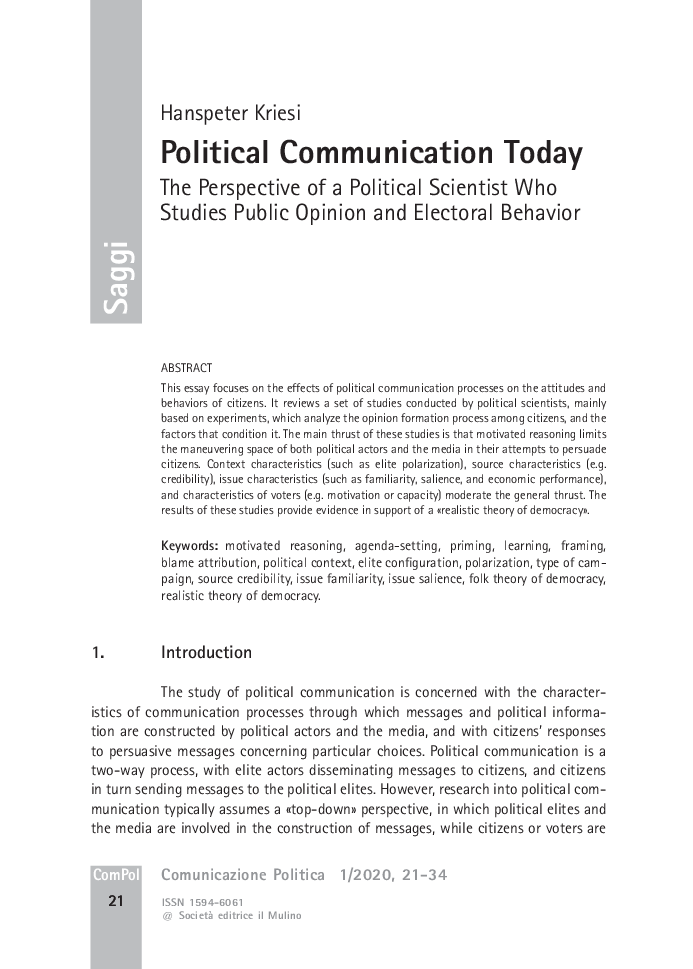