In this brief paper I want to try to understand the evolving, 20 year relationship between journalism studies and political communication from a variety of perspectives. In the first section of the I take a brief tour of the history digital journalism over the past 20 years, drawing it into dialog with developments around the world. In the second section, I will argue that there has emerged a division in the journalism studies research between an international emphasis on comparative positivist scholarship which owes a debt to political communication, and a more North American strand which, though fragmented, is more closely tied to sociology. In the third section, I contrast these «mainstream» or «dominant» approaches in each part of this bifurcated field (to the degree that they exist) to their intellectual challengers or competitors, hoping to simultaneously regionalize and internationalize the relationships I discuss in the earlier sections. 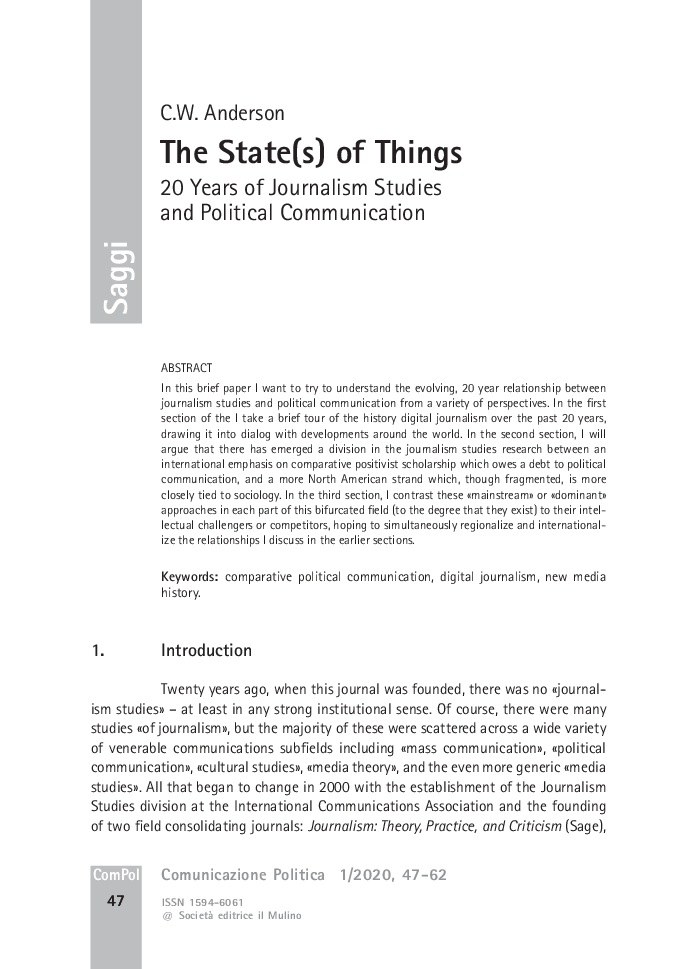